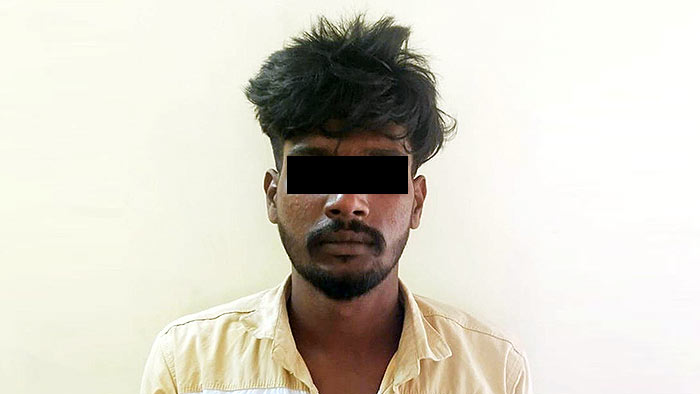 The man, identified as Hassan Khan alias Ajay alias Khan of Mannar district, jumped into the sea after the Sri Lankan Navy fired at a boat ferrying him and a family of five illegally to Tamil Nadu.

Following information from the fishermen, the marine police picked him up for interrogation.

Senior officers of the Central agencies were questioning him.

A senior officer, who was part of the investigation, told The Hindu that Khan had left Sri Lanka about three days ago in an illegal vessel hired by a family of five in Mannar district.

As they were nearing the fifth islet near Arichalmunai, there were gunshots mid-sea. Apprehending trouble, Khan jumped off the vessel. When the family of five reached the Mandapam shore on Friday, they were clueless about him.

Rameswaram fishermen spotted the youth swimming and alerted the marine police who brought him to the shores.

According to Khan’s statement, his parents lived in Kuthupattu, a refugee camp in Puducherry, while a few relatives lived in Ramanathapuram.

As he could not survive in Sri Lanka owing to the economic crisis, he fled the island nation to join his parents and look for a livelihood in Tamil Nadu or Puducherry.

However, the security agencies were baffled by his statement. They were keen to get his identity checked with the Sri Lankan police.

Hence, Khan was detained at the Mandapam station. The officer said that as and when the verification process was over, he would be handed over to officials of the Mandapam Rehabilitation Camp, where about 175 refugees have been staying since March.