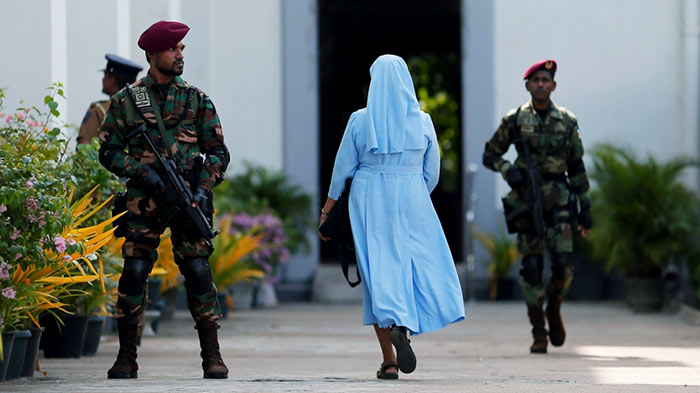 The Catholic church in Sri Lanka has held the first regular Sunday mass since the Easter suicide bombings of churches and hotels killed more than 250 people on April 21.

Military forces and police armed with assault rifles patrolled the streets leading to churches and stood guard outside the compounds. Everyone entering was required to produce identity cards and was body searched.

Volunteers were stationed at the gates of churches to identify parishioners and look for suspicious individuals.

Parking was banned near the churches and officials requested worshippers to bring along only minimum baggage.

The Islamic State of Iraq and the Levant (ISIL, also known as ISIS) group claimed responsibility for the attacks, believed to be carried out by a local group, the National Thowheed Jamath (NTJ).

Regular services were cancelled across all churches soon after the deadly suicide attacks, but the Archbishop of Colombo Cardinal Malcolm Ranjith announced on Thursday that mass would be held in his diocese from Sunday.

The cardinal conducted private Sunday services during the past two weeks, which were broadcast live on national television.

He also said a special mass for the victims of the April 21 attack at St. Lucia’s Cathedral on Saturday. The congregation was made up of relatives of victims and survivors of the Easter Sunday attacks.

Most churches outside Colombo had resumed regular services from last week, but under tight security provided by the local police.

But attendance has been low despite a raft of new security measures, including parking restrictions near schools.

President Maithripala Sirisena has vowed to eliminate the fighters and restore normality in the country which is still emerging from a 37-year Tamil separatist war that ended almost a decade ago.

Sri Lanka’s police say they have either killed or arrested all those responsible for the bombings, but that the threat of such attacks persists. 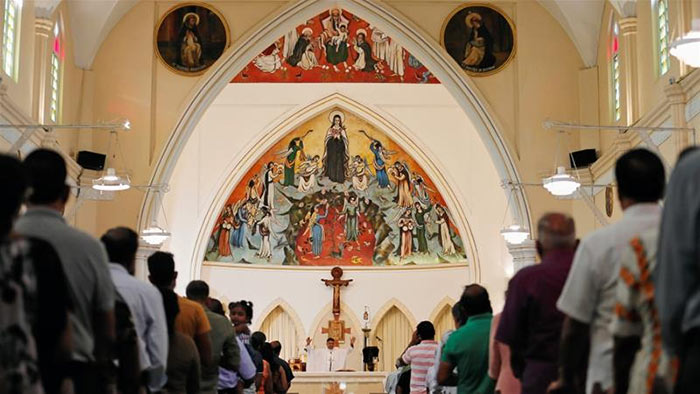