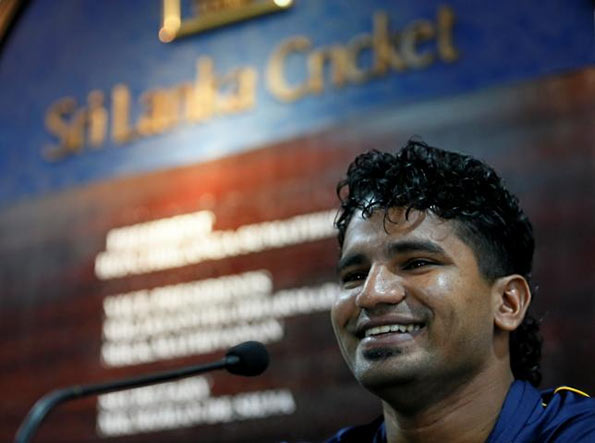 For someone who has spent six agonising months on the sidelines battling doping allegations, Sri Lankan Kusal Perera cannot think of a better place for his return than the hallowed turf of Lord’s in the third and final test against England on Thursday.

The 25-year-old wicketkeeper-batsman was sent home from the tour of New Zealand in December after it was announced he had failed a drugs test last July.

He was cleared last month when the International Cricket Council (ICC) dropped all charges against him after the Qatar-based laboratory that conducted the test withdrew its initial findings.

Perera was not allowed to train with Sri Lanka Cricket (SLC) coaches and was called up in England only after a shoulder injury had ended paceman Dhammika Prasad’s tour.

“I haven’t been told if I’m playing yet but I was thrown into trouble and to come back from that at Lord’s would be a great opportunity,” Kusal told reporters at Lord’s after practice on Tuesday.

“I was banned just before a test, so to return in this format would be fitting. Even the time I was out of the team I knew I hadn’t done anything wrong. But these things can happen in life.”

Perera, who has played three tests and 51 one-dayers, admitted he arrived in England undercooked, having barely trained before a series he did not expect to be involved in.

“I didn’t have any time to think about whether I was in touch, or whether I could train, or even what was happening in cricket.

“I started training the day after I was cleared. Before then I didn’t do much batting — just some fitness work.”

Perera, however, felt he was fresh and striking the ball well, which might help his team salvage some pride after batting collapses in Leeds and Chester-le-Street helped the hosts open an unassailable 2-0 series lead.

“I watched the attack and it’s mostly fast bowlers,” he said of England’s bowlers. “In London, the conditions seem easier, because it must have been very cold in Durham.

“When it’s cold you are a bit stiff and your feet don’t work as well. With this weather and given the pitch as well — which looks like it will be batting-friendly — I think there’s a chance for us to dominate them.”