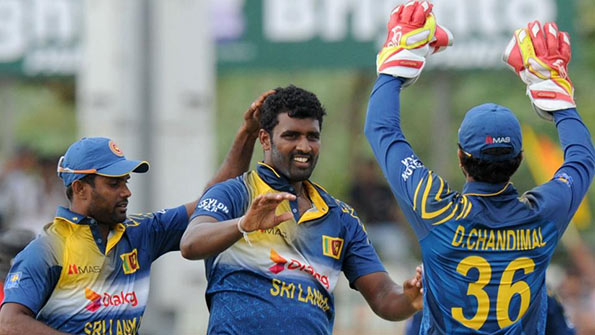 Sri Lankan paceman Thisara Perera became the fourth cricketer to claim a hat-trick in Twenty20 internationals in the second match of the three-game series against India on Friday.

The 26-year-old bowler dismissed Hardik Pandya, Suresh Raina and Yuvraj Singh off successive deliveries in the penultimate over of the Indian innings to achieve the feat at Ranchi’s JSCA International Stadium.

Perera’s 3-33 helped Sri Lanka restrict India to 196 for six after the hosts, eyeing a series-levelling win, threatened to post a 200-plus target.