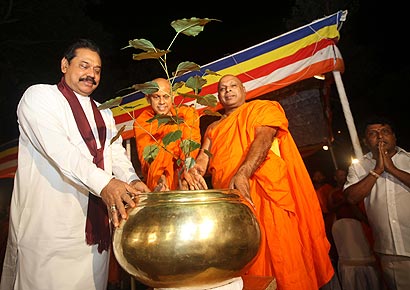 This special religious ceremony was attended by the Maha Sangha led by Atamasthanadhipati and Chief Sanghanayaka Ven Pallegama Siriniwasa Nayaka Thera and a large number of devotees including North Central Province Governor Karunaratne Divulgane, Chief Minister Berty Premalal Dissanayake and Parliamentarians and Provincial Councilors. The sapling was placed in a gilded casket by Chief Minister Dissanayake.

After a pirikara pooja the Bo-sapling was taken in a special motorcade to the Anuradhapura city from where it was airlifted to Dambakolapatuna in Jaffna peninsula escorted by Dr Palitha Mahanthegama.

When the sapling reached Colombo via Vavuniya, Dambulla, Kandy, Pelmadulla and Matara, President Rajapaksa worshiped at the sapling in the religious ceremony conducted by Maha Sangha at Temple Trees. Later on behalf of the Government of Sri Lanka, President Mahinda Rajapaksa officially handed over the Sri Maha Bodhi Sapling to the Venerable Akuratiye Nanda Thera and Chief Sanghanayake of Bharath (India) Venerable Dr.Dodamgoda Rewatha Thera. 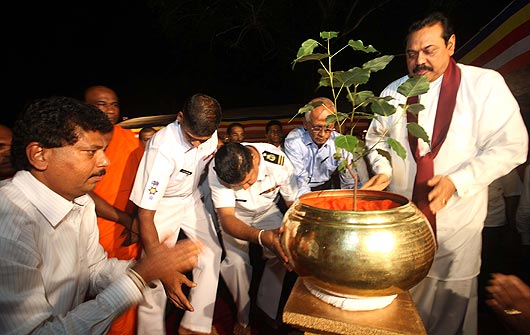 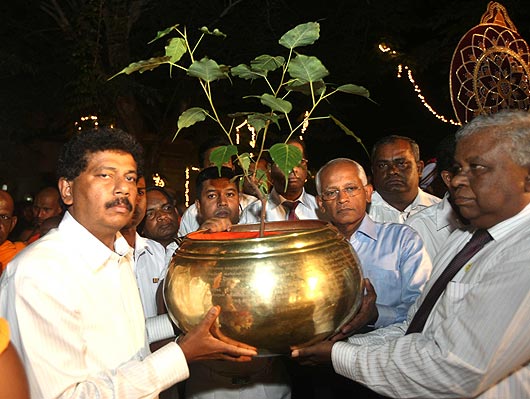