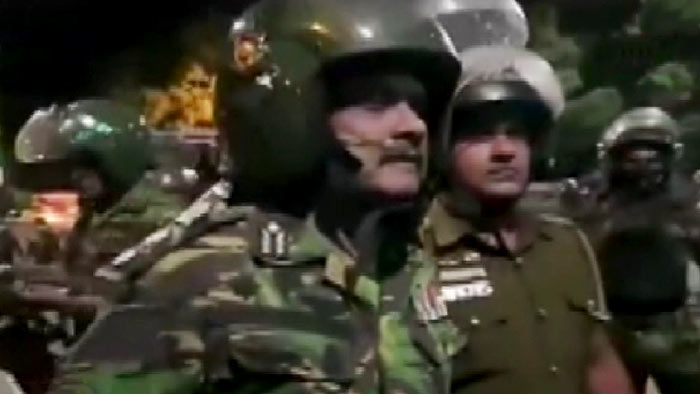 SSP Romesh Liyanage of the Special Task Force (STF), who was involved in assault on journalists during the unrest outside Sri Lankan Prime Minister Ranil Wickremesinghe’s private residence on Saturday (July 09), has been interdicted with immediate effect.

Action was taken as per the powers vested with the Inspector General of Police (IGP), and with approval from the Public Services Commission.

Several journalists were injured after a brutal assault by Police and STF personnel on duty outside the Prime Minister’s private residence on Saturday (July 09).

Earlier, IGP C.D. Wickramaratne was instructed to take immediate action against the officers following an investigation.