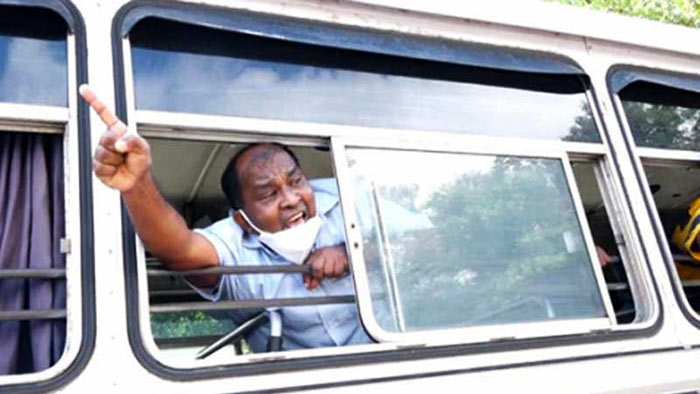 They were arrested after they launched a protest against the General Sir John Kotelawala Defence University Bill on July 8 and were released on bail before they were taken for quarantine.

They were released without following the usual procedure of keeping a person in quarantine for 14 days. Nagamuwa was held in a quarantine centre in Pallekele while others including Stalin were held at a centre in Mullaitivu.