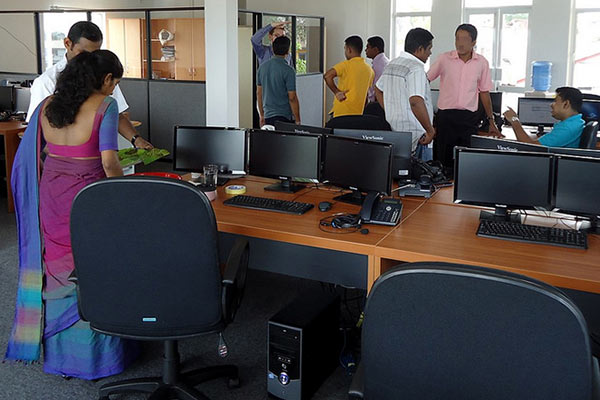 The cash-strapped Government is implementing tough new measures in the public sector to control public finance.

It is suspending various benefits such as overtime allowances and staff loan facilities while deferring new recruitment, according to a circular issued by the Treasury.

In the circular addressed to state institution heads, the newly appointed Treasury secretary Mahinda Siriwardene stressed that the “Sri Lankan economy has approached a highly critical juncture, therefore using the public finance in the most responsible and economical manner has become a foremost priority than ever before.”

Accordingly, provision of any allowance, welfare programme, development assistance or subsidy that has not been approved by the Cabinet is to be discontinued until further notice,” said the circular titled ‘Controlling Public Expenditure’.

According to the circular, non-salary payments and reimbursement of bills carried out with approval of Secretaries to Ministries or Heads of Departments are to be reviewed and any such payment will be limited only to those who work instead of granting a general payment to all.

Loan facilities granted to staff grade officers under Public Officers Advance Accounts are to be suspended until the end of the year.

On suspending overtime allowances made without ensuring the actual engagement in duties or necessary attendance, a special mechanism is to be put in place to ensure that the total amount of overtime allowances received by various means will not exceed the salary.

No allowances should be paid with the expectation of obtaining services in future as there is no authority to incur expenditure exceeding the amount of provisions allocated, the circular said.

Noting that vehicles are used in excess of the approved entitlement in relation to official use, the circular said officials will be allowed to use only one vehicle within the specified fuel limits in terms of the official entitlement.

Expenses that may be considered unnecessary and less priority such as functions, opening ceremonies, and seminars held by government institutions will be suspended and no public funds can be utilised for such initiatives, according to the circular.

The new directives came in the wake of recent Finance Ministry measures such as controlling payment of fuel and communication allowances, restrictions on water and electricity bills, suspending construction of and hiring new buildings, stopping foreign study tours and training conducted by using local funds.

The circular is also directed to enforce a suspension of the implementation of projects, procurement of works or goods of which either the procurement process has been started or has to be started.