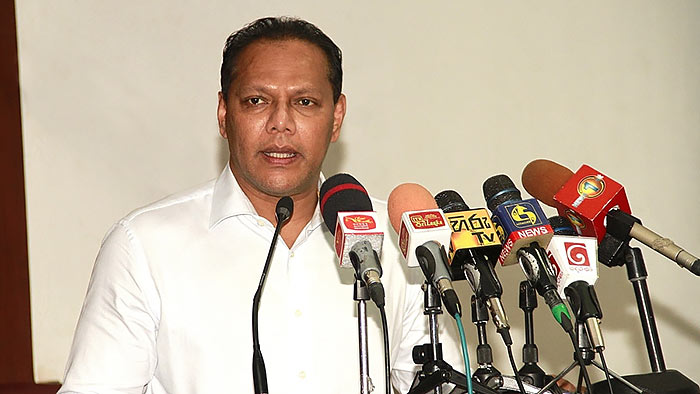 Former President Maithripala Sirisena expressed deep regret over the recent statement made by Archbishop of Colombo, Malcolm Cardinal Ranjith about him.

Speaking to the Media after an Easter service on 4 April, the Archbishop of Colombo said immediate legal action should be taken against Sirisena, who has been accused in the final report of the Presidential Commission. He questioned whether Sirisena has any dignity to seek re-election leading a party.

He also said, the hand behind the statement should be found and that targeting Sirisena in that statement makes clear that it was the forces led by SLFP, that are actually being targeted.

He said that nowhere in the final report of the Presidential Commission of Inquiry into the Easter Sunday bombings had the former President been accused and only a recommendation had been made to the Attorney General to look into the possibility of filing charges against Sirisena.

“As the SLFP prepares to embark on a new journey, these kind of challenges may come. We are ready to face them,” he said. Asked if there was any force affiliated to the current Government behind the Archbishop’s statement, Jayasekara said he had no knowledge of it.

Sirisena and Jayasekara were speaking to the Media after an event in Nawala yesterday (5).

3 Responses to Statement shows Cardinal has been politicised – Dayasiri