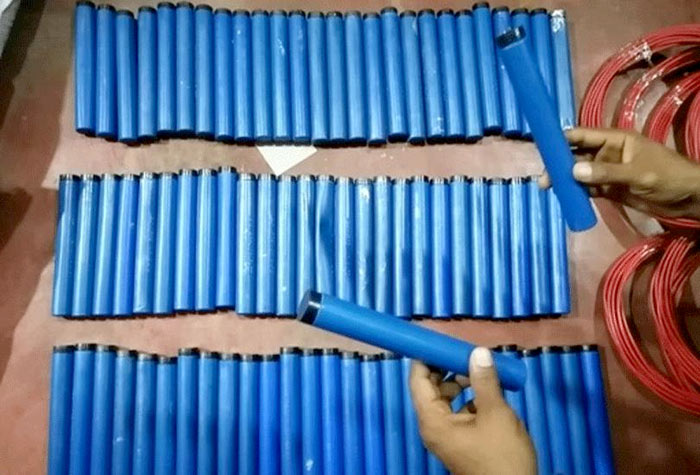 A 39-year-old man has been arrested by the Special Task Force of Police (STF) with explosive materials during a raid in Mirigama.

The STF seized 81 gelignite sticks, 75 kg of ammonia nitrite, 107 non-electrical detonators and 360 meters of service thread during the raid.

During further questioning and the intelligence revealed that the suspect used to buy and store these explosives in view to sell  them to other parties for money.

The suspect, a resident of Mirigama was handed over to the Mirigama Police for further investigations.

The raid was carried out based on a tip off received by the intelligence unit and a team of STF personnel led by CI Nadika Silva, under the supervision of STF commandant DIG Waruna Jayasundara.