Crocodile drags a dead body along the Diyawanna Oya 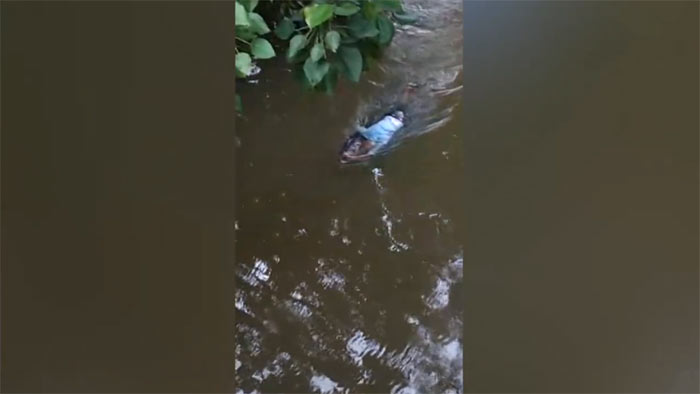 By-standers were left in shock when a crocodile was seen dragging a corpse along the Diyawanna Oya in Kimbulawala in Sri Jayawardenapura Kotte.

One of the people who managed to capture this horrific event on camera told the media that he saw a crocodile dragging a body from where the Parliament is located towards the Kimbulawala Bridge.

The corpse was later found by the Sri Lanka Navy and the post-mortem examination was carried out on Saturday (9) night.

Sri Lanka Police said the deceased is believed to be 60 years of age and his identity remains a mystery.

Sri Lanka Police confirmed that no external injuries were evident on the body and the deceased was still wearing a face mask.

Home » Crocodile drags a dead body along the Diyawanna Oya