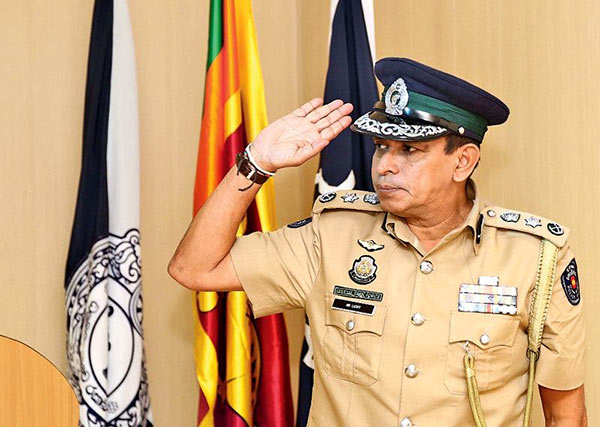 Latheef said the STF had the experience and the capability of neutralizing threats posed by terrorists. If he had been informed of the reliable intelligence information that the SIS had received on April 20, 2019,. the STF would have been able to lock down the Colombo City, arrest the terrorists and neutralise the threat.

Latheef said that on April 09, 2019, the former IGP had sent a letter informing the STF Headquarter of the foreign information of a possible terror attack and it had been received at 6.45 pm, Latheef said, adding that he had returned to the country, following a training programme in France on April 10. After his return, he had called the IGP before going to office and asked if there were any important developments, SDIG Latheef said. However, Jayasundara had told him that there wasn’t anything special.

However, when he arrived at the office, he had seen the letter sent by the IGP and informed STF officers deployed with VIP security squads including those of the President and the Prime Minister and STF officers in charge of various divisions of the letter.

The Attorney General’s representative leading the evidence asked the witness whether the foreign warning of the possible terror attack, received on April 04, 2019 by the SIS, had been discussed or mentioned when Latheef met the Defence Secretary or the IGP, between April 10 and 20.

Latheef checked his service record book and said that he had met Fernando and Jayasundara on April 11. However, neither of them had spoken to him about the information of the possible terrorist attacks. He also said that certain individuals had told the Parliament Select Committee on the Easter Attacks that they had discussed the developments at issue on April 18, 2019. However, since he was out of the country between April 15 and 18, for a conference on drug eradication, such a meeting could not have happened, the witness said.

SDIG Latheef said that on April 19, SDIG Jayawardena had spoken to him about an incident in Kattankudy, on April 16, where a motorcycle bomb had detonated. “I told him that I had just got back and that I would deploy officers and file a report on this. On April 20, I called Nilantha. I told him that it was a test run and that such an explosion could lead to the loss of many lives. I said an explosives laden bike could be brought to populous areas.”

However, it was only after the April 21 attacks that information on Islamic extremists had been shared with the STF in a systematic and meaningful way, the witness said. If the IGP had reposed any trust in him and the STF, this information could have been shared earlier.

“Others had been told of Zahran Hashim. I only got to know about Zahran and the National Thowheed Jamaat (NTJ) only after we were summoned to the National Security Council (NSC) after the attack. I was only given the first report by a foreign intelligence source and it contained limited information. But much more in-depth information was shared between SIS Director and the IGP. Apparently, the names, their connections and their whereabouts had all been shared between senior officers.”

Latheef said that he had asked former ministers Sagala Ratnayake and Ranjith Maddumabandara to invite them to the NSC meetings. At that time, the STF was at the forefront of drug eradication, but it had not been even invited to the Intelligence Coordination Meeting. “If the STF had been properly briefed on April 09, 2019, we would have had almost two weeks to neutralise the threat,” the witness said.

“I called the SIS Director on April 20 to inform him of the bicycle bomb. He didn’t tell me that he had reliable information that a terrorist attack was expected to take place on April 21. If I had been informed of the imminent attack, I would have sealed off Colombo and the Western Province. We could have placed road blocks and implemented contingency plans; we would have been able to arrest one or two and neutralise the threat. I am still perplexed why I wasn’t informed of the warning at least on April 20.”