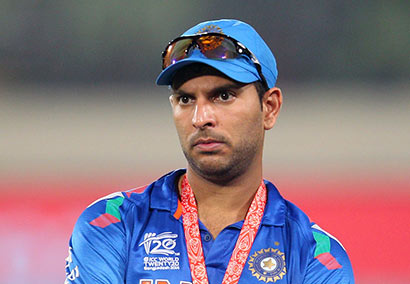 After India suffered a massive defeat at the hands of Sri Lanka in the ICC World Twenty20 finals  on Sunday evening, Indian cricketer Yuvraj Singh’s house in the Manimajra locality of Chandigarh was pelted with stones, according to Amar Ujala.

Police immediately rushed to the cricketer’s home to pacify the angry crowd that had gathered outside.

Yuvraj scored a painfully slow 11 off 21 balls, which drastically reduced the pace of the Indian innings towards the end. Sri Lanka went on to win the match by 6 wickets with over 2 overs to spare.

Yuvraj Singh, who recovered from cancer and made a comeback to the Indian side, has not looked his old aggressive self for quite some time, including in the World Twenty20 and other tournaments in the recent past.

In the past too, irate fans have attacked the homes of cricketers including that of the skipper, Mahendra Singh Dhoni. (DNA)