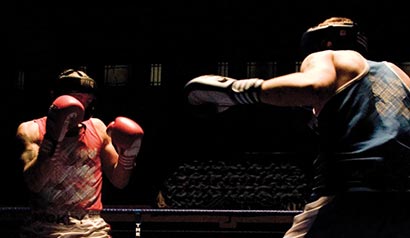 An 18 year old student from Dharmapala Vidyalaya in Pannipitiya who was hospitalized after taking a hit from his opponent during boxing practices on Sunday (February 5), died early this morning (Feb 10) in hospital.

The student was first admitted to the Homagama hospital while he was then transferred to the Intensive Care Unit (ICU) at the Colombo National Hospital.

The victim, Buddhi Indeera died at 3.15am this morning after remaining unconscious for several days.