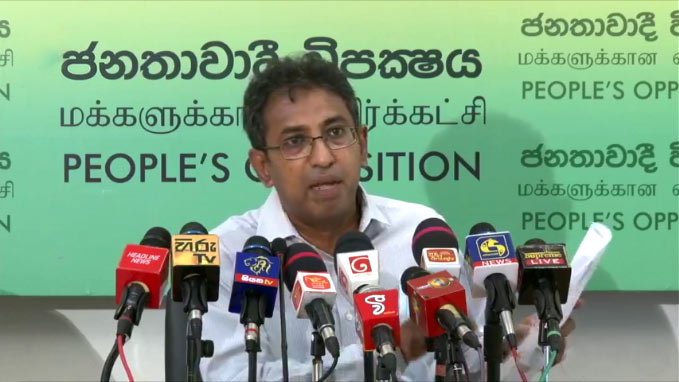 Samagi Jana Balawegaya MP, Dr. Harsha de Silva, said that the Government’s claiming there could be an increase in gas prices due to the ship ‘Ever Given’ wedged in Suez Canal is false.

Speaking to the Media, he further said that the Opposition was ready to provide a logical answer to the Government’s view.

Adding that certain Government representatives claiming that gas prices may go up because the ship is wedged in the Canal; Dr. de Silva said that the two scenarios have no parallel.

“Minister of Trade Dr. Bandula Gunawardana says gas prices have not increased in years. Gas companies also say they will go bankrupt if prices are not increased. It’s not good when politicians intervene to increase and decrease prices of goods,”

Adding that there should be a proper programme in order to decide on the prices of goods, Dr. de Silva said that people have not benefited when prices were going down in the global market. He further said it is ironic that the Government is trying to increase gas prices using the Suez Canal incident.