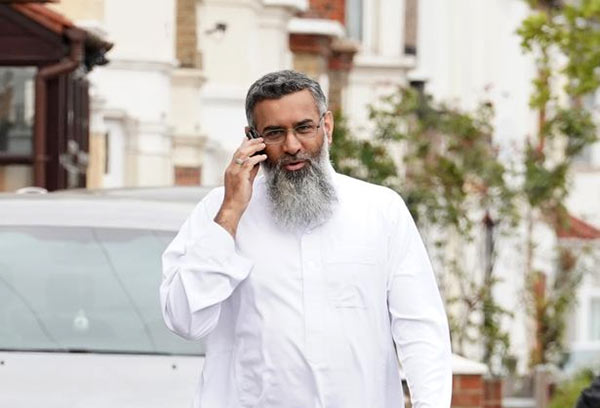 A Sri Lanka suicide bomber was allegedly radicalised by notorious hate preacher Anjem Choudary while in the UK.

Abdul Lathief Jameel Mohamed, 37, was the ‘link’ between Islamic State and the bombers, according to security sources on the island. His family became concerned about his hardline views and enlisted help after he returned from his studies in Australia in 2013.

“He was completely radicalised and supported the extremist ideology.

“I tried to reason with him,” a security official told the BBC.

“When I asked him how he got into this… he said that he attended the sermons of the radical British preacher Anjem Choudary in London.

“He said he met him during the sermons.” Choudary is considered one of the UK’s most dangerous hate preachers.

He was convicted and jailed in 2016 for inviting support for the IS and released in 2018.

Investigators say Jameel, a dad-of-four, was radicalised in London during his study here, then Australia in 2009.

When he returned to Sri Lanka four years later he was placed under surveillance. He wanted to go to Syria, but made it as far as Turkey in 2014 before he returned home.

His target on Easter Sunday was the luxury Taj Samudra hotel, Colombo. His bomb failed and he was seen leaving the premises.

He later blew himself up at a motel in a suburb, killing two guests.

Jameel studied aeronautical engineering at Kingston University, London from 2006-7. Abdul Lathief Jameel Mohamed was one of nine who carried out a series of blasts targeting churches and hotels in the country.

The bombs killed 359 people – including eight Britons – and injured more than 500.

Ruwan Wijewardene, Deputy defence minister in Sri Lanka said during a news conference that all nine of the bombers were well educated and from wealthy families.

Wijewardene earlier said: “We believe that one of the suicide bombers studied in the UK and later did his postgraduate studies in Australia.” Mirror Online reported last week how Choudary has returned home after spending six months in a bail hostel in north London.

The convicted terrorist, 52, was pictured smiling during a trip to the local shops, where he bought sweets, in east London.

He was also spotted wearing an electronic tag on his ankle, while walking to a mosque. Choudary was given a five-and-a-half year jail term in 2016 for inviting support for Islamic State, although he was released in October last year.

His licence conditions banned him from preaching at or attending certain mosques, only allowed him to associate with people approved by the authorities and restricted him to one phone.

The measures also barred his use of internet-enabled devices without authorisation, required him to be supervised when on the internet and prohibited him from travelling beyond Greater London’s M25 or outside the UK without permission.