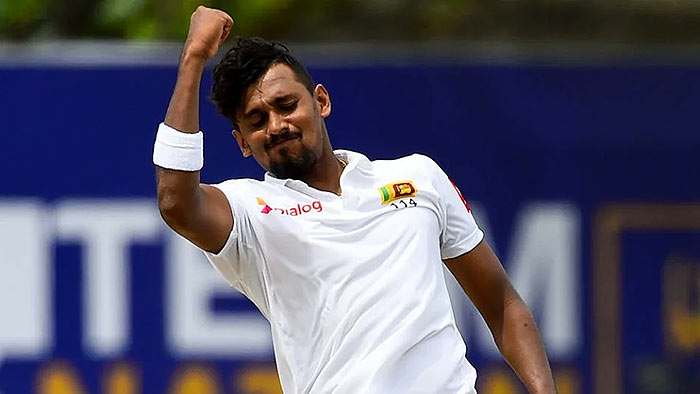 Former Sri Lanka Test Captain Suranga Lakmal has decided to retire from all forms of International Cricket following the completion of the upcoming Sri Lanka Tour of India 2022.

34-year-old Lakmal played 68 Test matches after making his debut in 2010 against the West Indies in Colombo.

He has taken 168 wickets at an average of 36.28 and last played against the West Indies in Galle last December.

He made his One Day International debut in 2009 against India.

Lakmal during his ODI career has taken 109 wickets in 86 matches.

Lakmal commenced his first class career in 2007 with the Tamil Union Sports Club.

“I’m indebted to Sri Lanka Cricket for giving me this astonishing opportunity and having faith in me to bring back my motherland honour as it has been absolute pleasure to be associated with the board that shaped my professional life and also enriched my personal development,” Lakmal said in his retirement letter submitted to Sri Lanka Cricket (SLC).

“I have nothing but the utmost respect for all my players, coaches, team managers, support staff, administrative staff and all other supportive staff,’’ he said further.

Suranga Lakmal played for Sri Lanka across all international formats, making valuable contributions to the betterment of the national team.

With regard to Lakmal’s decision, CEO of Sri Lanka Cricket, Ashley De Silva said: “We take this opportunity to wish Lakmal the very best for his future endeavours, and looking forward to seeing him perform for the country during the Sri Lanka Tour of India, if the selectors consider him for the tour.”

‘’Lakmal has been an excellent contributor for Sri Lanka Cricket and delivered some memorable spells during his national career, and his services will be remembered well,” De Silva added.