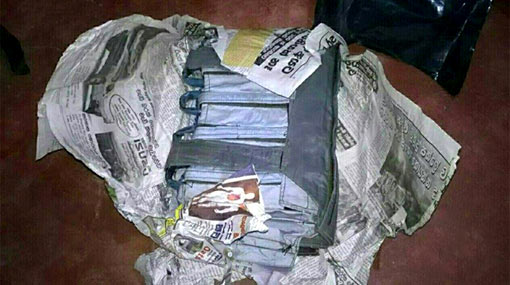 A suspect has been arrested in connection with the earlier recovery of a suicide jacket and explosives inside a residence at Maravanpulo on the A32 road in Chawakatchcheri, Jaffna District.

The suspect, believed to be the house owner who fled during the police raid, was arrested in the Kilinochchi area today, Ada Derana reporter said.

The suspect’s wife has also been taken in for questioning by police, he said.

It is suspected that the explosives and other equipment had been hidden in the area during the war.

Police had reportedly raided the house on a tip-off that the owner had in his possession drugs and marijuana and during the raid the suspect had fled the area.