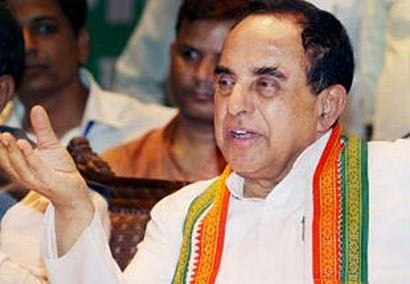 “These celebrations are being organised by MDMK leader Vaiko. MDMK must be ejected from the NDA and Vaiko should be locked up under the National Security Act,” Swamy said in a press release.

The BJP leader said that the directive should be issued under Article 256, which mandated the state to ensure compliance with the laws made by Parliament and any existing laws which apply in that state.

Swamy also wanted the Home Minister to order setting up of a Special Investigation Team under the CBI to prosecute the crime of murder of Sunanda Pushkar, wife of former Union Minister Shashi Tharoor. – PTI