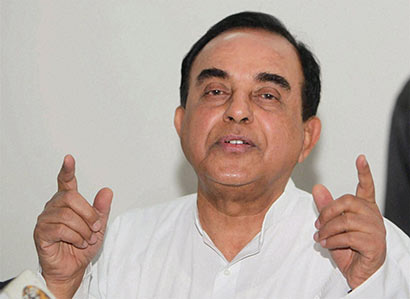 BJP leader Subramanian Swamy on Friday urged Tamil Nadu Chief Minister Jayalalithaa to take immediate action on the Home Ministry’s communication to her seeking the State government’s assistance on the whereabouts of an LTTE operative, a Catholic Christian priest.

In a statement, Dr. Swamy said the priest had been named as accused by the U.S. Federal Bureau of Investigation (FBI) in a complaint filed before a court in the United States for terrorist related activities. He as a LTTE operative in the U.S. had tried to bribe U.S. under-cover State Department officials to obtain material assistance for the LTTE two years ago.

Dr. Swamy said: “Subsequently, warrant for his arrest had been issued and the FBI is now on a lookout for him. He has since escaped to India. Recently he surfaced on a NDTV & CNN IBN panel discussions on Sri Lanka. And hence it is clear that he is hiding somewhere in Tamil Nadu. Therefore the Ministry of Home Affairs alerted to this LTTE terrorist on the run and has sought the help of the Tamil Nadu Chief Minister in nabbing him so that he can be dispatched to the U.S. for facing criminal prosecution.”