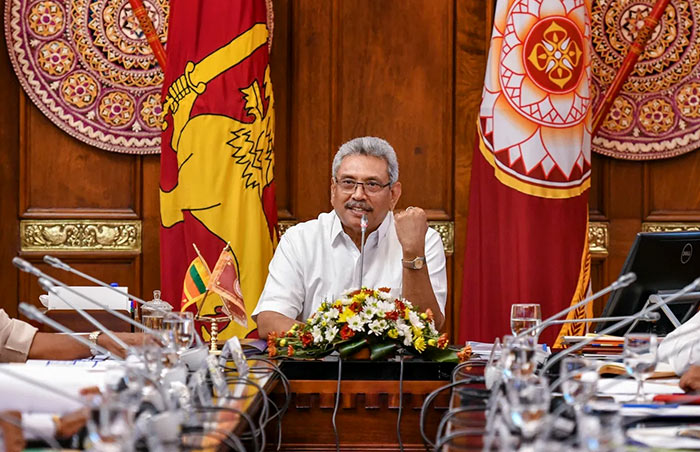 President Gotabaya Rajapaksa has instructed the officials to implement a programme to control the rising prices of vegetables with the aim of providing relief to consumers while safeguarding farmers.

The rising prices of vegetables have led to an increase in cost of living. During a meeting held at the Presidential Secretariat, today (24) with the officials of the Ministry of Mahaweli Development and the Ministry of Trade the President said that there should be an immediate intervention to control it.

Vegetables are brought to Dambulla from the areas of vegetable cultivation. After this process, again vegetables are distributed back to the original areas from Dambulla. Due to waste in transport a large amount of crop go waste. President Rajapaksa pointed out that this procedure is not correct at all. During this meeting the attention was also drawn to explore the possibilities of vegetable cultivation in state lands belonging to plantation companies not only limiting to coconut cultivation.

The President also pointed out that although economic centers were set up to provide relief to consumers and small traders, issues have arisen as these centers are controlled by large scale traders with vested interests.

The government paddy purchasing process was also taken into consideration. These tasks are being carried out successfully with the assistance of the Army. Paddy storage warehouses have been renovated in several areas. The President instructed the officials to repair all other paddy storage warehouses immediately.

Attention was also drawn to the protection of projects such as Uma Oya and to create reservations in those areas.