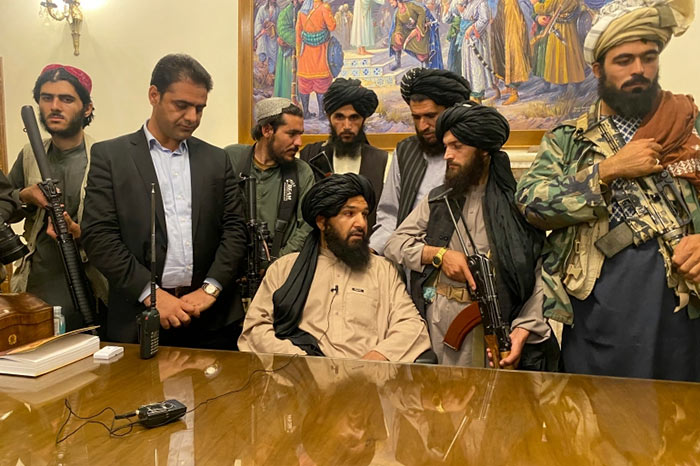 The Taliban has declared the war in Afghanistan over after its fighters swept into the capital, Kabul, and President Ashraf Ghani fled the country.

Panic and fear gripped Kabul on Monday as heavily armed Taliban fighters took control of the abandoned presidential palace and Western nations scrambled to evacuate their citizens. Hundreds of Afghans desperate to leave the country also flooded the Kabul airport.

A spokesman for Taliban’s political office told Al Jazeera the group did not want to live in isolation and said the type and form of the new government in Afghanistan would be made clear soon.

“Thanks to God, the war is over in the country,” he said.

“We have reached what we were seeking, which is the freedom of our country and the independence of our people,” he added. “We will not allow anyone to use our lands to target anyone, and we do not want to harm others.”