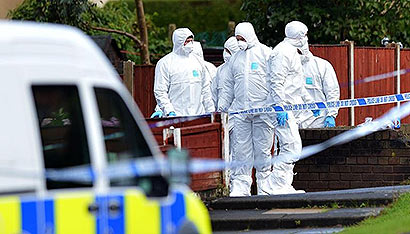 Sheffield (United Kingdom) – A 17-year-old male was arrested on Thursday over the murder of a Sri Lankan graduate who was stabbed while carrying out his final job as a pizza delivery driver in Sheffield, South Yorkshire Police said.

Colleagues from Domino’s Pizza found Thavisha Lakindu Peiris, 25, dead in his car in the Southey area of the city near the site of his final delivery.

He was to leave the job to take up a position as an IT consultant in the city.

Peiris, who graduated from Hallam University in 2011, had been stabbed in the chest.

The teenager is due to be questioned by detectives, police added.

Speaking from their family home, Peiris’s family earlier paid tribute to the “most caring and loving son a parent could have”.

“We were devastated and shocked to hear of our son’s tragic end and we are still unable to comprehend that he is actually gone..

“We were so happy that he was doing so well in England,” they added. “We never thought his life was in any danger.”