Tense situation near parliament entry road due to IUSF protest 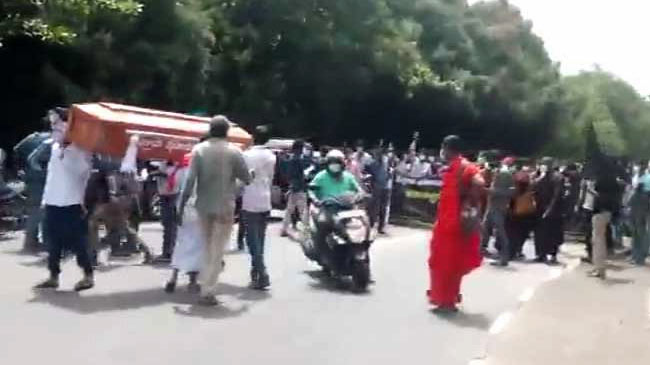 Traffic congestion is reported in Battaramulla due to a protest march organized by the Inter University Students’ Federation (IUSF) from Polduwa Junction in Battaramulla towards Parliament, police said.

Nearly 500 university students are reportedly taking part in the protest.

The protest march is being staged demanding the abolishment of the Kotelawala Defense University Act.

UPDATE (2.25PM): A tense situation has ensued near the entrance road to Parliament in Battaramulla due to the IUSF’s demonstration.