The foundation which strengthen national economy is the agriculture – President 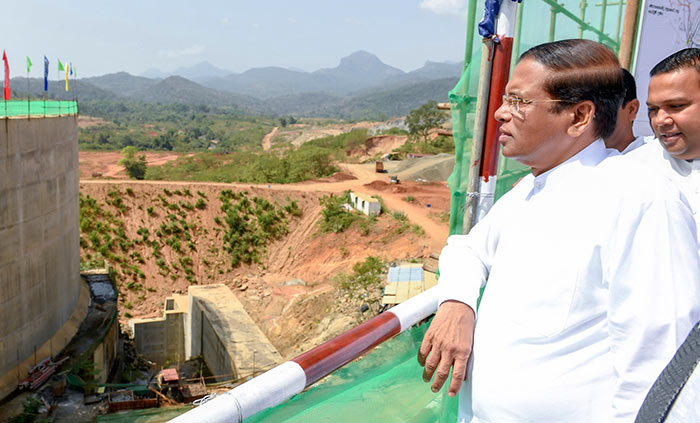 President Maithripala Sirisena says since the reigns of kings of ancient Sri Lanka the economy of the country was strengthened subject to the field of agriculture and it is the foundation which makes strong in the past, the present as well as in future.

The President made these remarks participating in the water filling ceremony of Kalu Ganga under the Moragahakanda- Kalu Ganga Multi-purpose Development Project and the commencement of the construction of the second stage of the Upper Elahera Canal, Kaluganga-Moragahakanda Transfer Canal/Tunnel, which is the longest tunnel in the South Asia, yesterday (23).

Expressing his views the President further said that the Moragahakanda-Kalu Ganga development project will become a turning point for the national economy of the country.

Under this project 2400 irrigation tanks will be renovated, the President said and added that this project will be the biggest development project implemented in the country after the era of ancient kings to build the future of the nation and the agro economy of the country.

President Sirisena further said that individuals who are attempting to provide ownership to this mega development project, which ended the sorrowful stories of the Rajarata people, did not take the necessary steps to implement this project and recalled how even the name of the project was not included in the document of the Foreign Resources Department of the Finance Ministry to obtain foreign loans for the project which commenced in 2007.

The President said that the day Moragahakanda water was released fulfilling his 27 yearlong dream was the happiest day of his life.

President Sirisena expressed his happiness over implementing this project without any fraud, corruption and malpractices and requested the farming community to inform him personally if there any issues arise regarding the quality of the project construction works or if there is any fraud or corruption. He said that any charge of corruption would be investigated and ensure most severe punishment to the perpetrators.

President who said that it is scheduled to introduce a specific unit through media composed of a special phone number and a fax number enabling to make every inquiry through that to him in any case if it is revealed that a politician, government officer or a contract organization is connected to bribery or fraud neither of these parties be forgiven by him.

The Kalugaga resoivair is created being crossed from Laggala-Pallegama area from the kalupahana border of the Knuckles mountain range belonging to the Dumbara valley of Matale district.

The celebration of the resoivair took place under the President’s patronage in midst of the chanting of the Mahasangha near the Laggala-Kalugaga dam.

In a moment where the dream of the President Maithripala Sirisena on behalf of the people of Rajarata for more than 27 years is coming true the first step taken by the President was unveiling the shrine of Lord Buddha’s statue 27 meters in height.

The President who unveiled the statue of Lord Buddha in midst of the Pirith chartings of the Mahasangha made the first offering of flowers.

Ven.Aliyawale Vipulasara Thero was given the in charge of the Buddha statue by the President.

An amount of 25 watts electric current is generated by the Moragahkanda-Kalugaga project to the national electricity. This historical moment was also marked by the President.

The President also joined to observe the longest tunnel of South Asia which is the Ela hara Ela tunnel. The cost of construction of this cannel which is 96 km in length is Rs.67000 in lacks.The rest of the construction was also initiated by the President.

The special event of naming the Moragahakanda resoivair as Kulasighe resoivair also took place.Dr.A.N.S. Kulasighe was a great engineer who lived where President Maithripala Sirisena did a fundamental research about the construction of the Mahaweli resoivair as the Minister of Mahaweli development with him.the place where the dam of the Moragahaknda resoivair to be built was determined within those researches.

It is taken steps to name the Morgahakanda resoivair as the Kulasighe resoivair in memory of Dr.A.N.S.Kulasighe who was a well renowned engineer in the country.

The newspaper Mahaweli Mehewara was also presented by the President. 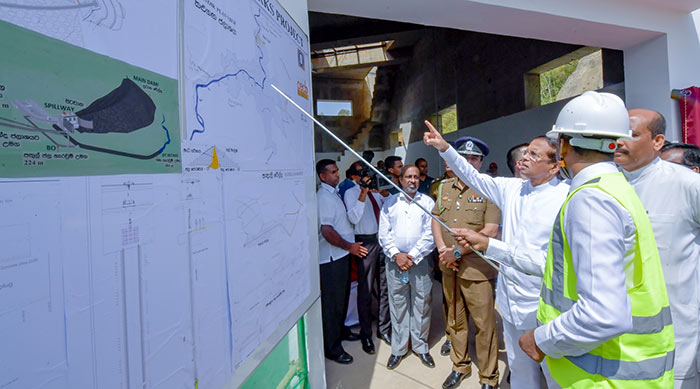 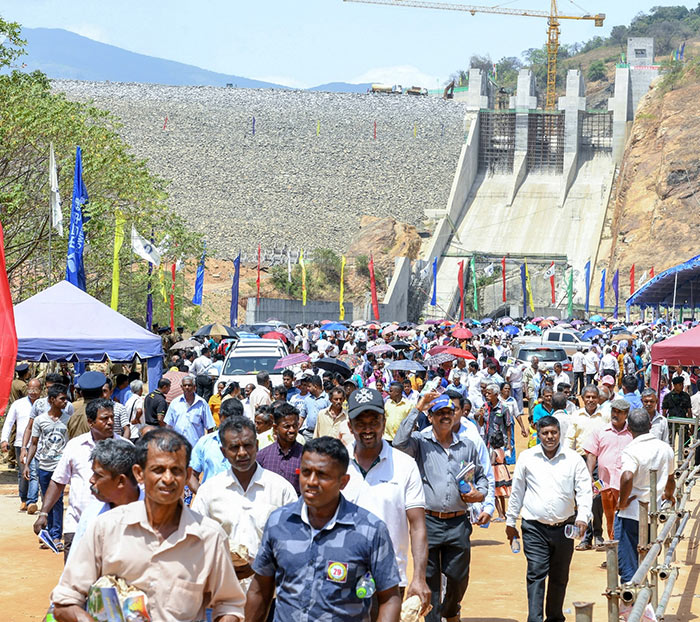 Home » The foundation which strengthen national economy is the agriculture – President