The grievances of Sinhalese Buddhists 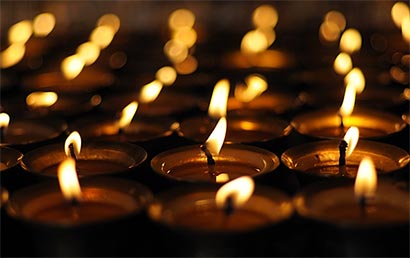 There is little debate to overrule or challenge the historical place of Sinhalese evident in the population demographics through history. It was the Sinhalese patriots and the Buddhist kings who had protected the nation from enemies (except for Don Juan Dharmapala who betrayed the nation, the Sinhalese and Buddhism) With over 74% Sinhalese – 14.8million people of a total 20million it is unfair to undermine and overrule the place of the Sinhalese Buddhists in Sri Lanka. There is little to challenge that freedoms and rights have been enjoyed by Tamils 11% and Muslims 9% and it is because of the rights they enjoy that minorities have been able to openly bring up issues.

Every person born as citizens of Sri Lanka has to abide by the law of the land which applies to all equally. The Sinhalese Buddhists are concerned because of a new wave of “isms” attempting to dislodge the peace that prevailed historically.

For attempting to ward off these radical elements, to warn the natives of the ultimate outcomes has left Sinhalese being branded as “extremists” and “racists”.

The question is – on what grounds should a parallel law suddenly emerge to be accepted by all when it is not applicable or relevant to over 90% of the Sri Lankan populace? This clearly conflicts with the legal decisions of the laws relevant to all citizens. No society can function effectively with a parallel quasi-legal system with some people having in practice, diminished legal rights because of their religion

Sinhalese Buddhists are concerned because the Muslims they were peacefully living with are being radicalized and transformed into adopting a new wave of “exclusivity” evident by the increasing numbers of women in black attire, exclusive Muslims schools springing up.

· We are concerned because Islam is a system of life combining legal, social, economic, religious, political and military components. Challenging one means all forces of this system are engaged to attack those that challenge.

· We are concerned because there is an emerging conflict in Islamic laws with country/international laws.

· We are concerned because there is clear dualism in the law – one rule for Muslims and another for non-believers.

· We are concerned because the growing number of Sharia Law courts that were never present in Sri Lanka previously. When Muslims had been following the Sri Lankan laws for decades, why should there be a sudden need for a Muslim only law? Why should 9% of the population have a separate law when as citizens of Sri Lanka, Muslims must abide by Sri Lanka’s laws?

· We are concerned about extremist demands like loud speakers which does not constitute a fundamental right – speakers are only an electronic tools, a recent phenomenon.

If Muslims claim to want to live “peacefully” why are they undermining this by requesting for laws, practices and customs which directly cause conflicts amongst other communities who are in the majority when they know that in Muslim majority nation’s non-Muslims have virtually no rights?

When Muslims had been eating food, using cosmetics and taking pharmaceutical products for decades why is there a sudden need for Halal certification and why should 90% of non-Muslims have to comply and indirectly pay for the cost of the certificate?

When according to Islam non-Muslims are classified as non-believers and infidels – what equality are they promoting?

Yet 9% of Muslims cannot deny special privileges in Sri Lanka

· They are represented in the National Flag

· It was the Sinhala kings who gave lands to the Muslims in the East during colonial times and now they demand autonomy.

· Even Muslim owned supermarkets that caters to all communities shut down for prayers on Friday.

· Sri Lanka’s Justice Minister is a Muslim – and leader of a radical Muslim political party.

What freedoms do Muslims realistically offer to non-Muslims?

· Can non-Muslims represent himself in a Sharia court? No

· When Muslims in Sri Lanka have built disproportionate number of Mosques throughout Sri Lanka will Muslim nations allow a single non-Muslim temple, kovil or church to be built?

· When Muslims have the freedom of expression to call Buddhists “racists” and “extremists” and the Justice Minister himself calling Sri Lanka’s Buddhist monks as “yellow-robed terrorisms” – if Islam is criticized in Saudi the punishment is death by stoning.

· Is there equality of justice when non-Muslims get only a fraction what a Muslim gets in legal settlements according to Sharia laws – what injustice in a country where non-Muslims are in the majority?

· When a growing number of Muslim business establishments openly hire only Muslims why do they object to calls to boycott Muslim trading places?

· Why do Islamic fundamentalists incite violence against Buddhists in East Sri Lanka encroaching upon land given to them by the Sinhalese Kings and demolish Buddhist sites and temples?

· We question how peaceful Islam is when almost all the major conflicts in the World are Muslim-oriented and end up Muslims killing each other due to sectarian violence far more than the damage the West does with their air warfare.

The aggressive rise in demands for legal “exclusivity” towards Muslims does not advocate any policy of compromise or peaceful coexistence with other communities and is making not only Sri Lankans to ask what Muslims are really upto but the West is also now asking these same questions!

Why is the West also now concerned about Islamic expansionism?

· Why Netherlands is a multicultural mess why are all EU nations now reconsidering the dangers “multiculturalism” has brought to their natural citizens?

· Why is UK concerned that Sharia laws have subverted British laws with over 1500 under-age forced marriages taking place (Scotland has banned forced marriage). UK already has 100 Sharia courts (the 1st opened in 2008), honor-based violence even killings (over 2800 in 2011), female genital mutilation (over 65,000 cases though it is illegal under 2003 Act but no one has been prosecuted)

· Why is Briton ending practice of paying multiple social welfare benefits to Muslim immigrants practicing bigamy/polygamy ( a crime in GB but a special right granted to Muslims under Multiculturalism who demand Sharia laws).

· Why is UK working on a new law to ensure meat slaughtered according to Islamic Sharia law cannot be sold unwitting to public.

· How did Britain end up having more Muslim imams than Christian pastors?

· When Tower Hamlets – an East London Muslim enclave has posters “You are entering a Sharia controlled zone : Islamic rules enforced” – where Imams issue death threats to women who refuse to wear Muslim veils – should that not worry Sri Lanka?

· When UK politicians show Sharia-compliance and when former UK Premier Gordon Brown stated he wanted London to become the Islamic financial capital – should we not worry about what Sri Lanka’s politicians will commit Sri Lanka towards?

It is not Sri Lanka but the West that has come up with 4 phases to Muslim expansionism:

Phase 1: migration to non-Muslim host country, Keeping low profile, request for humanitarian tolerance, no demands on host nation. When Muslim population are 2% they remain peace loving (ex: US, Australia, Canada, Norway, Italy and China – where Muslims follow the One Child Only policy without fuss)

Phase 2: Requests for Muslim representation in all spheres, Request recognition of Sharia law to their community while proselytizing. Openly condemn “radicalism” and organize inter-faith dialogue and events and position Islam as a religion of peace and that Sharia is not a threat by getting uninformed non-Muslim leaders to support. Underground Islamic conversion, indoctrinating Muslim children, calls for hate laws to silence critics, plan to enlarge Muslim populations, assassination of critics (Theo van Gogh murder in Netherlands for insulting Islam). More than 2% of the population means a converting drive (ex: Germany, Denmark, UK, Spain, Thailan)

The website www.thereligionofpeace.com keeps track of the number of violent jihad attacks.

It has become a practice for both Muslims and Tamils to hide their follies and wrongs behind the cry of “ethnic discrimination”, “hate campaigns” to cover up accusations made against them. It has worked well to camouflage their ulterior motives by internationally promoting Sinhalese Buddhist as “extremists” and using the power of money to spread the news via media.

It has been convenient to quote “compassion” of Buddhism and ridicule Buddhists when they attempt to stop Islamic expansionism by bring the truth to the public.

Whatever theories or excuses that is being propagated for the growing resentment, the Muslims cannot disagree that there is an underground plan as well as an open strategy to exercise Muslim domination over non-Muslim nations –it is the Muslims who need to step back and digest the accusations and decide to peacefully coexist with the other communities while ceasing to demand exclusive status for Muslims.

Many Muslims in Sri Lanka while practicing their religion have not been practicing radical Islam. It is only these people who can claim to be living in peace with all communities of Sri Lanka. Even the Malays must wonder how Sharia will affect them. The radicals cannot use these Muslims as a camouflage to pretend to be living in peace while carrying out a totally conflicting agenda.

Many Muslims donate blood when it is against their faith to do so, a large number partake liquor and smoking – many of these innocent vices are all taboo when full Sharia comes into effect and Muslims in Sri Lanka may like to ponder how drastically their lives are likely to change and all they need to do is to see how disastrous the lives of Libyans, Iraqi’s, Afghans, a host of Sharia following African nations and now Egyptians are.

Like the West, Sri Lanka is concerned about the growing influence of extremist elements of Islam taking over the moderate Muslims who had been living peacefully in Sri Lanka because “There is no moderate or immoderate Islam. Islam is Islam and that’s it” (Recep Erdogan – Turkey PM)

As the author and historian Serge Trifkovic states: “The refusal of the Western elite class to protect their nations from jihadist infiltration is the biggest betrayal in history.” – we can say the same of Sri Lanka’s politicians.

The Sri Lankan leaders could have nipped the LTTE factor but it didn’t and that led to 30 years of conflict.

If Sri Lanka’s leaders do not address this radicalism that will affect all Sri Lankans including the moderate Muslims we are looking at deeper ramifications for the entire nation and the extinction of an already endangered ethnic group.

7 Responses to The grievances of Sinhalese Buddhists

Home » The grievances of Sinhalese Buddhists