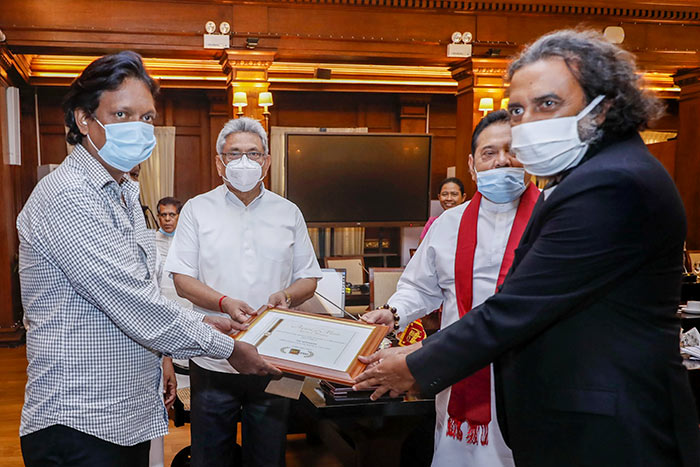 The movie “The Newspaper” received a Commendation award at the IndieFEST Film festival, California, USA.

The certificate of the award was presented to President Gotabaya Rajapaksa and Prime Minister Mahinda Rajapaksa at the Presidential Secretariat yesterday (July 08).

A number of countries including the USA, Italy, India, Australia, Lebanon, Syria, Switzerland and the UK had presented their work to the film festival.

The IndieFEST Film festival admired “The Newspaper” for its outstanding depiction of liberation, social justice and concepts of antagonism in a motion picture. It is a co-direction of Sarath Kothalawala and Kumara Thirimadura while it was co-produced by Minister Bandula Gunawardana, Ravindra Guruge and H.D. Premasiri.