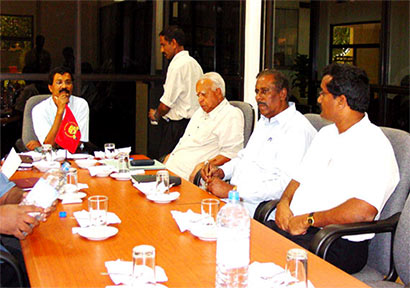 The UN investigative panel was mandated to conduct investigation during the period of the LLRC. That was between 2002 and 2009. The UNHRC has given itself an additional two years. With the LTTE designated as a foreign terrorist organization and following Sri Lanka proscribing 16 LTTE fronts and declaring 424 individuals incorporating the UNSC Resolution 1373 as supporting LTTE terrorists and with the UN Security Council Counter Terrorism Committee head in Colombo, the UNHRC cannot omit from investigation and comment in its March 2015 report the links between LTTE and the Tamil National Alliance and the LTTE Tamil Diaspora now banned. 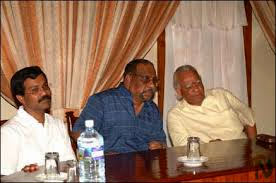 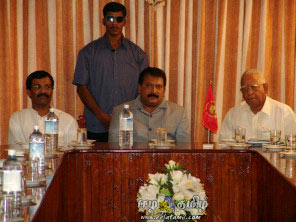 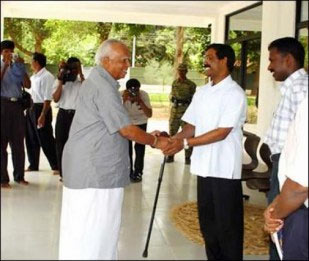 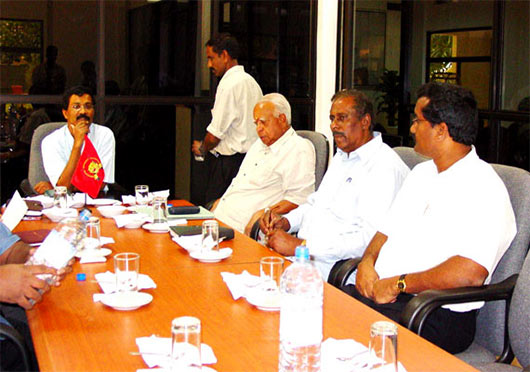 In the words of veteran political commentator DBS Jeyraj adequately sums up the TNA-LTTE links.

Many including myself hoped that the TNA would make a clean break from the past after the LTTE was decimated in 2009.That however has not happened. In perhaps the greatest disappointment of all former Supreme court Judge CV Wigneswaran started singing the “Pulippaattu” (Tiger song)after being nominated as TNA chief ministerial candidate for the Northern provincial council

Sadly this sorry tale of the TNA toeing the tiger line continues even after the fall of the tigers.The TNA is unable to break away from its pro-tiger past and is generally adopting the extremist line propagated by LTTE and pro-LTTE elements in the global Tamil Diaspora. The perception that the TNA is aligned to the LTTE is one that seems to gaining ground mainly due to the party’s woeful conduct in the post – May 2009 phase.

One way of shedding this image is for the TNA to assert itself independently by boldly exposing the human rights violations of the LTTE before the UN panel probing the seven year period between 2002 – 2009. Since the TNA –LTTE Nexus prevailed throughout the seven yer period under review the TNA should have no difficulty in doing this. The question at this critical juncture is “Will the TNA do so”?

Thus not only is the Government of Sri Lanka bound to investigate TNA ties to LTTE and LTTE Tamil Diaspora but the UNHRC Investigation needs to in the light of its mandate period investigate the links as well.  If the previous elections had been rigged that brought TNA initially to Parliament, do we not have every reason to suspect mischief at play in every election that TNA has won? If so, should both the GOSL and UNHRC not insist that an investigation be launched into TNA to establish once and for all if TNA continues to have ties to the LTTE and the LTTE Tamil Diaspora which is very much active.