The Year of Prosperity has dawned – President 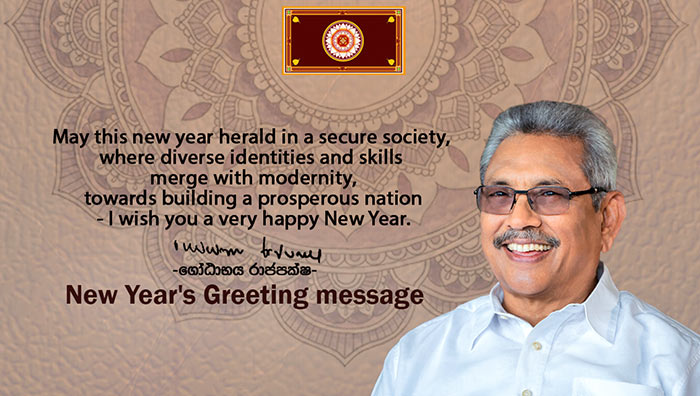 President Gotabaya Rajapaksa in his New Year message said the new government is determined to make 2020 the ‘Year of Prosperity’.

I am of the view that the New Year dawns at a time when the entire Sri Lankan nation is beaming with hopes for a new era in economic, political, social, cultural and technological spheres of life, in their Motherland. Hence, the new government welcomes the New Year with determination and commitment to make it the “Year of Prosperity”.

As a country with our own vision we can be proud of many great achievements in the past. We as a government step into the New Year with the utmost commitment to ensure prosperity by awakening our identities and skills and by interfacing them with modernity.

The country is in need of a strong and vibrant economy which gives priority to nationalistic aspirations. Such an economy will further cement our resolution for independence.

I am also aware that a well protected nation with a disciplined society is the foremost expectation of the people. It is in such a society that soaring aspirations of the present and future generations will become a reality. We as adults should go hand in hand in unison to reach those objectives during the New Year.

The new government is the outcome of the unity among the people who love their country. We will not allow any force to obstruct the realization of people’s expectations. The sole aim is to create a conducive environment where all can live harmoniously in peace.

It is my fervent belief and hope that the freshness formed in the hearts and minds of the people with the advent of New Year will facilitate the implementation of the Saubhagyaye Dekma – the blue print to build a whole new country.

I will all our citizens and our beloved children a very happy New Year which will usher in a bountiful future.

3 Responses to The Year of Prosperity has dawned – President

Home » The Year of Prosperity has dawned – President