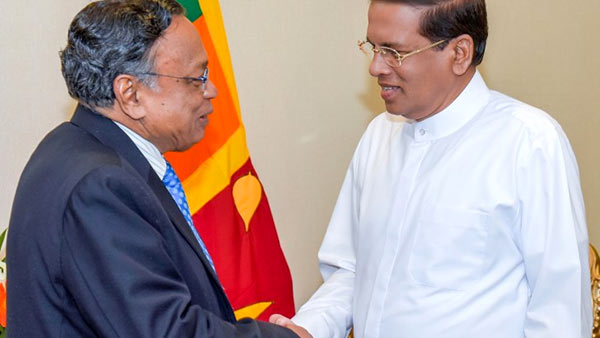 ’Bangladesh will not hesitate to provide whatever the possible assistance or help to Sri Lanka as we have an extremely cordial relationship’, said the Bangladesh Foreign Minister A. H. Mahmood Ali when he met with President Maithripala Sirisena.

The President appreciated the progress made by Bangladesh under the leadership of Prime Minister Sheikh Hasina, and emphasized the need to take steps further to promote the investment opportunities and the trade relations between the two countries.