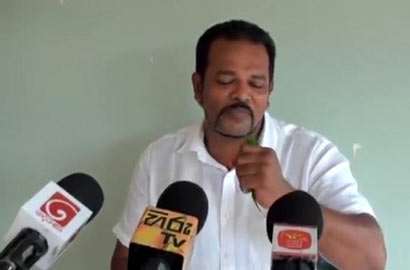 The ruling party Parliamentarian was arrested by the Colombo Crime Division (CCD), on 21 January, for allegedly assaulting and forcing a UPFA Pradeshiya Sabha member to kneel down before him. The incident occurred during the recent opening of a SLFP office in Agalawatta area in Kalutara.

President Maithripala Sirisena also instructed the IGP to appoint a team of officers to investigate on the incident.