US welcomes civil nuclear pact between India and Sri Lanka 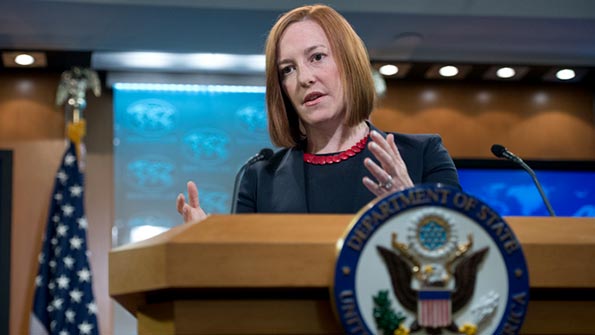 The United States has welcomed the signing of civil nuclear cooperation agreement between India and Sri Lanka, saying it is consistent with IAEA safeguards and other international standards and practices.

Asked about the recent agreement signed between India and Sri Lanka on civil nuclear co-operation, she said, “We are aware of the announcement.”

Psaki refrained from making any further comment on the deal.

According to the nuclear deal, India will assist Sri Lanka in developing its civil nuclear energy infrastructure, including sharing of resources, training of personnel and extending expertise.

It will also facilitate cooperation in radioactive waste management and nuclear and radiological disaster mitigation and environmental protection.

63-year-old Sirisena, who had dethroned Rajapaksa from his 10-year rule after a bitter presidential poll, has already indicated that he wants to have a closer relationship with India.