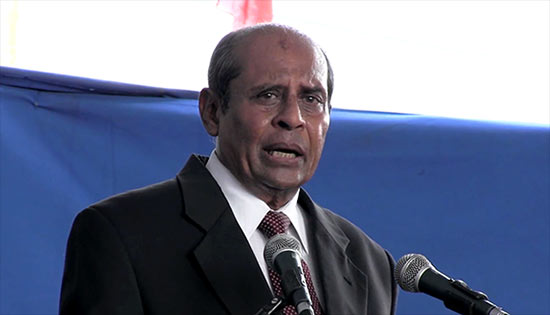 Minister of Law and Order Tilak Marapana has tendered his resignation as a Cabinet Minister to President Maithripala Sirisena, a source confirmed.

The Law and Order Minister has also called an urgent press conference at his home at 10 a.m. to reveal his stance about his decision.

This came after several Cabinet Ministers and civil society leaders expressed their concern on Marapana’s recent statement regarding the Avant Garde armoury at the Parliament.

“Since an investigation is underway about the Avant Garde issue, I have decided to tender my resignation,” Marapana who was the former Legal Advisor to the Avant Garde Security Service said.

The Janatha Vimukthi Peramuna (JVP) also asserted it is preparing to table a motion of no-confidence against Tilak Marapana over the Avant-Garde issue.