Three arrested with heroin and Rs. 59 million in cash in Kaduwela

Three suspects have been arrested with 300 grams of heroin and Rs. 59 million in cash during a special raid by the Police Narcotic Bureau (PNB) yesterday.

Police Media Spokesperson DIG Ajith Rohana said that the operation was carried out on the drug traffickers in the Welivita, Malabe, and Kaduwela areas and their money circulation network among them.

Two male suspects from Hewagama and Thalangama and a female suspect from Nugegoda have been arrested in this manner.

DIG Rohana said they would be produced before the Kaduwela Magistrate seeking a 7-day detention order on charges of drug trafficking and money laundering. 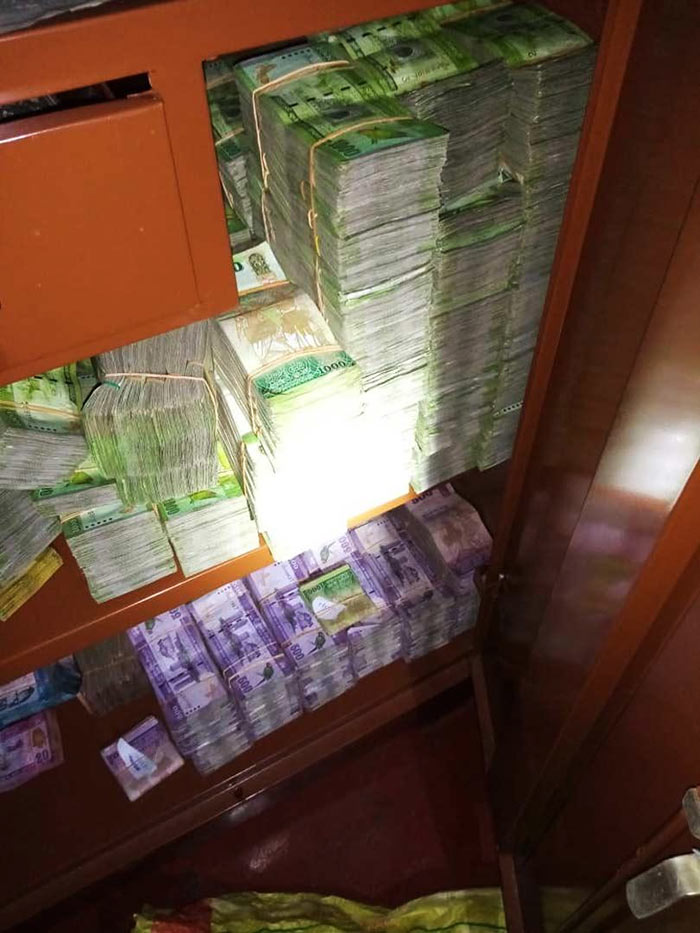 Home » Three arrested with heroin and Rs. 59 million in cash in Kaduwela