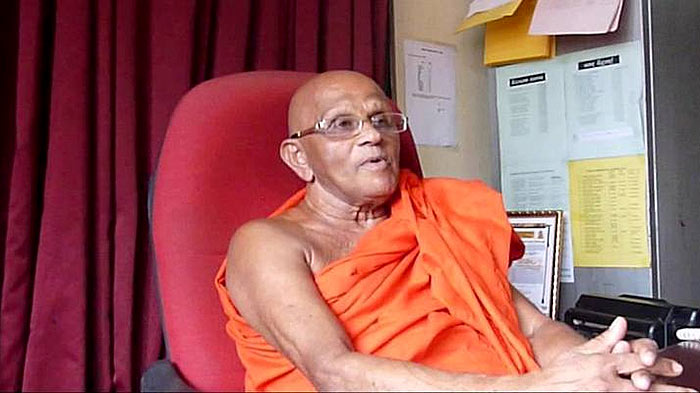 The Chief Incumbent of the Abhayarama Temple in Narahenpita, ven. Muruththettuwe Ananda thera says an unseen force within the government is disrupting the future journey of President Gotabaya Rajapaksa.

The venerable addressing a media briefing said as a faction who were at the forefront to help form the incumbent government, they have a responsibility to guide the present administration in the correct path.

The Thera accused that several persons who never supported the formation of the present government are involved in the government mechanism, at present.

The Thera said although those in the government have forgotten, the Abhayarama Temple was one of the pillars that helped form the present administration.

The venerable said the public will not forget the work rendered by them and noted that several persons are currently working to sabotage the forward march of the President.

The Thera noted, therefore as a faction that helped form the government, he will not hesitate to point out mistakes and guide them towards the correct path.