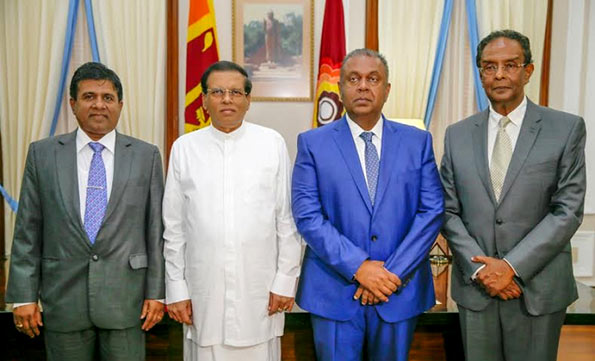 Former ministers Mangala Samaraweera, Wijeyadasa Rajapakshe and D.M. Swaminathan were today sworn in as ministers of the new government by President Maithripala Sirisena.

The appointments were reportedly made in view of a visit by a UNHRC delegation to Sri Lanka.