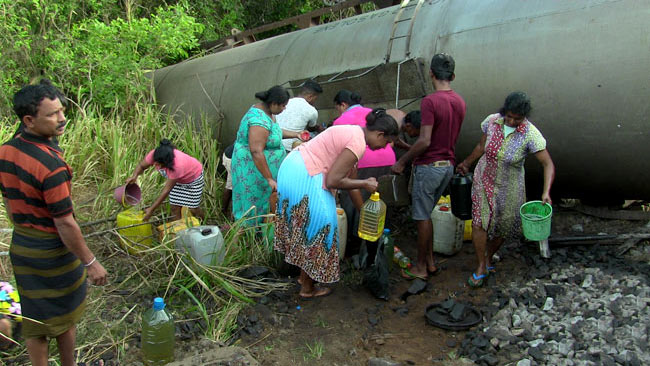 Three elephants including a young calf were killed after a herd was hit by the Batticaloa bound train while the elephants were walking across the tracks near the 127km post between the Habarana and Palugaswewa railway stations.

The train, transporting fuel from Colombo to Batticaloa, collided with the three elephants this morning at around 4.00 a.m.

Two of the elephants killed in the accident were reportedly pregnant at the time of their death.

The train engine and two oil tank wagons were derailed and one tank wagon had developed a leak, the control room said.

Habarana Police is conducting further investigations regarding the incident. 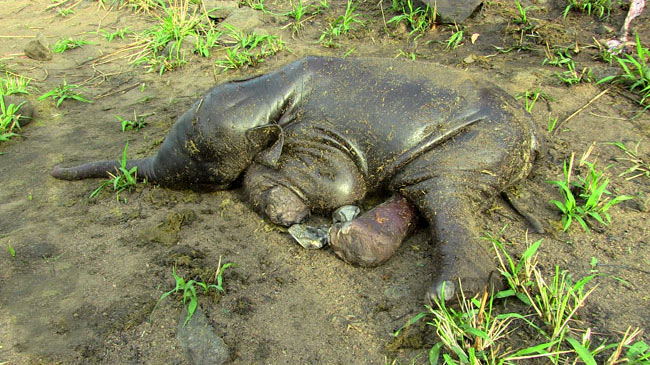