Three Journalists and a navy officer injured in van-explosion 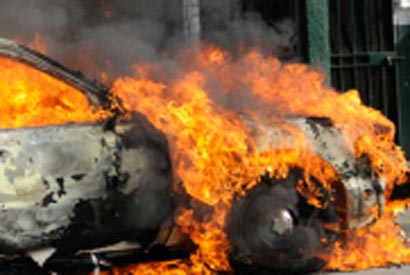 Three Journalists and a Navy officer were injured after an internal explosion occurred this morning (May 25) inside a van belonging to a government television channel. The explosion occurred in the Karagahatenna area in Matale, Police stated.

Two of the injured persons were rushed to the Matale hospital while the other two were taken to separate hospitals in Peradeniya and Kandy.