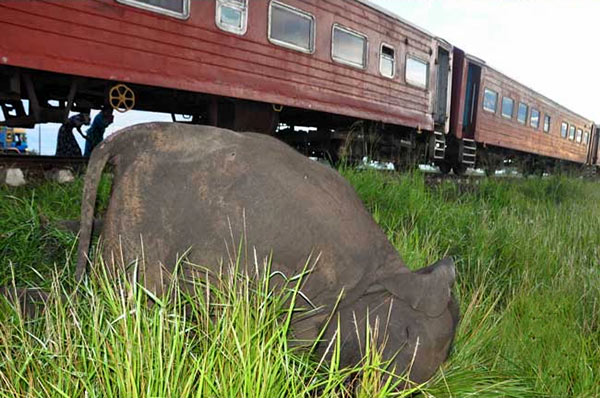 Three elephants were killed last night after being knocked down by the train traveling along the Batticaloa –Colombo route near Welikanda, the Police said.

According to the Railway Control Room, the collision had occurred at around 9.35 pm last night (06) at Namalgama, between Welikanda and Punani.

They said the train had derailed in the accident and the train services between Colombo and Batticaloa have been disrupted.

A special team has been deployed to restore the railway track following the accident, stated the Railway Control Room.

1 Response to Three more elephants killed in collision with train