TNA chose the side that can fulfill separatist demands – Gotabaya 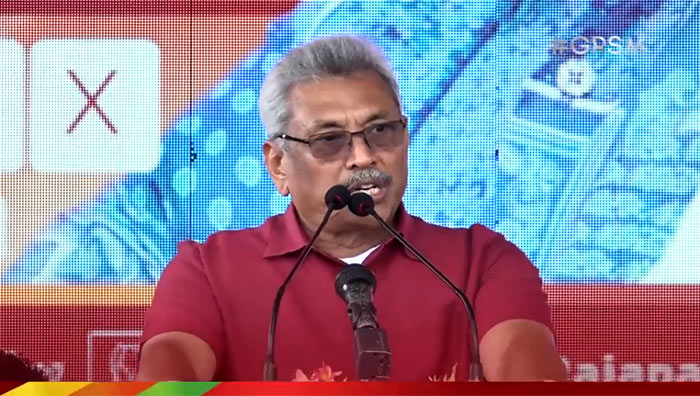 Addressing a rally at Ratnapura, Rajapaksa said he has held neither parliamentary membership nor a ministerial position, but fulfilled the responsibility put on his shoulders.

Referring to the presidential front-runner Minister Sajith Premadasa’s campaign promises, Rajapaksa said, it is unbelievably ridiculous to make such promises when he failed to fulfil them while holding a powerful ministerial post in the government.

Speaking on the shooting incident which involved the security detail of MP S.B. Dissanayake, Rajapaksa said the law must be exercised regardless of whoever commits the offence.

In the meantime, addressing a rally at Kegalle yesterday (07), Gotabaya Rajapaksa said the program to bring up skilled children will commence when the students set off studies in Grade 7.

The intention of this program is to allow the children to become proficient in a particular field of interest.

Elaborating on this, he said it is the duty and responsibility of the government to formulate a national policy on quality education.

Home » TNA chose the side that can fulfill separatist demands – Gotabaya