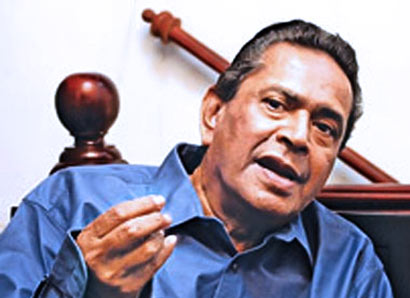 Veteran actor Tony Ranasinghe has passed away at the age of 77 at a private hospital in Colombo.

Tony Ranasinghe was born in July 31, 1937 in Modara. He studied at St. Anthoy`s College Wattala and De LaSalle College, Modera. Ranasinghe began his career in theatre with a role in Ran Thodu in 1963 which won him the Governor General’s Award for Best Stage Actor. Ranasinghe debuted in film with Lester James Peries’ Gamperaliya (1964) and followed it with Ran Salu. He worked with Peries’ again on Delovak Athara in a starring role.