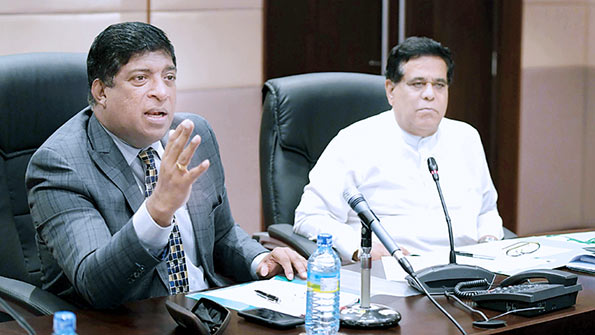 Plans are afoot to set up an automated system to pay traffic fines, a Law and Order and Southern Development Ministry progress report for 2016 stated. According to the report tabled in Parliament yesterday, Cabinet approval has been obtained for this and a permanent procurement committee and a technical evaluation committee have also been instituted.

The report said the introducing method to pay fines automatically will particularly apply for the fines imposed at the time of flouting of road rules pertaining to vehicular traffic which are not referred to the courts of law.

The objective is to speed the process of collection of fines and enhancing the amount of fines due to the government revenue.

“It will also make it easy for the public to pay fines instantly,” the report added.

The Police Naval Division of Sri Lanka also earned Rs. 577,600 as fines related income during the first three quarters of the year.