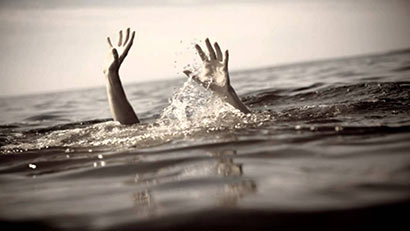 Another two suspects arrested in connection with the murder of a police constable and his wife in Kamburupitiya drowned after trying to flee police, Police spokesman said. The suspects had allegedly drowned in a lake in Benagama, Hakmana after trying to flee while they were taking a police team to show an arms cache.

Police spokesman added that a police constable was also admitted to the hospital after he injured himself trying to rescue the drowning suspects.

On November 22 one of the main suspects of the murder of a police constable and his wife in Kamburupitiya died following a confrontation with police.

A Police Constable (PC) attached to the Matara Division Anti-vice Squad and his wife died after they were brutally assaulted by an unknown group who broke into their residence in Kumburupitiya on November 16.
The police officer passed away after he was admitted to the Kumburupitiya Hospital while his 30-year-old wife who was being treated at the Karapitiya Hospital succumbed to injuries the following day.
The couple’s 2-year-old son who was also allegedly injured in the attack was treated at the Karapitiya Hospital and discharged.
The 33-year-old Police Constable had been serving in the Matara Division Anti-vice Squad and had taken part in several raids and operations, police said.