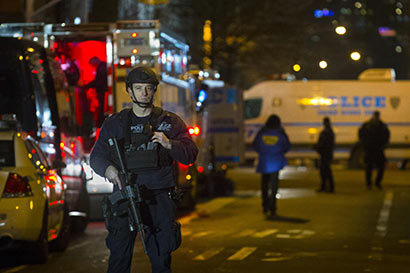 “Today, two of New York’s finest were shot and killed with no warning, no provocation,” said an emotional New York Police Commissioner Bill Bratton. “They were quite simply assassinated.”

The two officers, one a newlywed, were shot in the head through the window of their vehicle in broad daylight in Brooklyn in an attack that left America’s biggest city reeling just days before Christmas.

Police named the shooter as 28-year-old Ismaaiyl Brinsley, who shot and seriously wounded his ex-girlfriend in Baltimore early Saturday before driving to Brooklyn to murder the two officers.

Wenjian Liu, a seven-year police veteran who got married two months ago, and Rafael Ramos, who leaves behind a 13-year-old son, were “ambushed and murdered” as they sat in the front seats of a marked NYPD police car, officials said.

Neither officer had an opportunity to draw their weapons before Brinsley opened fire with several rounds and fled to a nearby subway station.

He shot himself in the head on the platform, where Bratton said a silver semi-automatic firearm was recovered near his body.

“When a police officer is murdered, it tears at the foundation of our society. It is an attack on all of us,” he said.

“Our entire city was attacked by this heinous individual.”

It is the seventh time since 1972 that New York police partners have been murdered together, according to Bratton.

The police chief said the motive was still under investigation, but did not rule out a connection to anti-police protests that have swept the country.

“One of the unfortunate aspects at times is some people get caught up in these and go in directions they should not,” he said.

In a cruel twist of fate, Bratton said Baltimore police warned New York colleagues that Brinsley may be on the loose just as the murder took place.

Bratton said there was no indication of terrorist involvement in the latest assault.

Brinsley is accused of boasting on Instagram just hours before the attack that he would kill police officers.

“They Take 1 Of Ours… Let’s Take 2 of Theirs,” read a comment next to a photo of a silver handgun, referencing the deaths at the hands of police of Eric Garner and Michael Brown.

Garner, an unarmed father of six, died after police held him in a chokehold while he was being arrested for selling illegal cigarettes in New York in July.

Brown, an 18-year-old in the Ferguson suburb of St Louis, Missouri, was shot dead by a police officer in August, sparking months of protests.

Grand jury decisions not to indict either white officer responsible triggered mass protests in New York and other US cities.

The Brown family swiftly condemned the latest killings as “senseless.”

“We reject any kind of violence directed toward members of law enforcement. It cannot be tolerated. We must work together to bring peace to our communities,” they said in a statement.

Civil rights activist Al Sharpton, who has used Garner and Brown’s deaths to campaign for sweeping police reform, also said he was outraged.

He said his National Action Network saw non-violence as the only way to fight for justice.

“An eye for an (eye) leaves the whole world blind,” he wrote on Twitter.

Widespread dissatisfaction in relations between police and blacks have been inflamed not just by the Brown and Garner deaths.

A 12-year-old black boy holding a toy gun was also shot dead by police officers in a playground in Ohio in November. 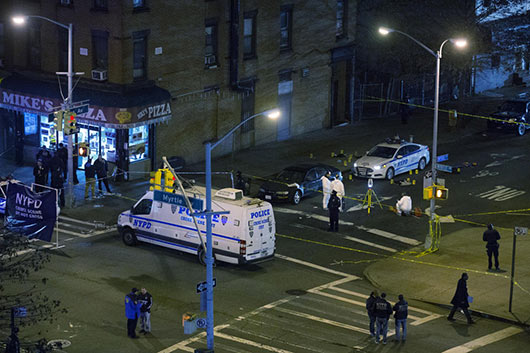 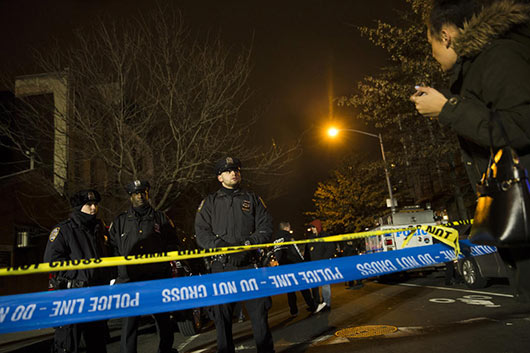 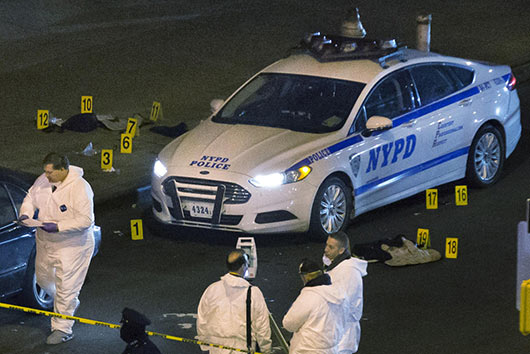