U.K. MPS SAY KUDANKULAM IS DANGEROUS AS IT IS IN A TSUNAMI AND EARTH QUAKE PRONE AREA 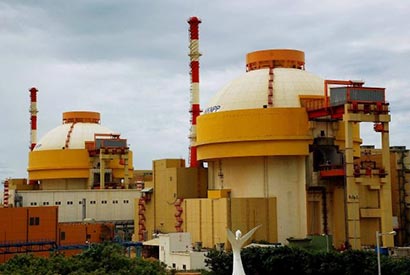 British and European parliamentarians said in a letter to Indian Prime Minister Manmohan Singhe that they are deeply concerned about Tamil Nadu’s Kudankulam nuclear power plant as it is located in a an earth-quake and tsunami prone area, factors that push accidents.

The Press Trust of India from London filed the following report:

The letter, to be handed to the Indian High Commission after a protest planned outside India House on Friday, also demands withdrawal of police and court cases against the anti-KKNPP protesters, accusing the security forces of “intimidation” and “harassment.”

“Non-violent protesters are being intimidated, harassed, imprisoned, and falsely charged. We understand that from one police station alone, charges have been brought against more than 50,000 people including about 6,500 for sedition and ‘war against the State’ in the last eight months,” it says.

A spokesperson of the South Asia Solidarity Group said more MPs were expected to sign the letter, a copy of which would also be sent to Tamil Nadu Chief Minister Jayalalithaa.

Calling for a “halt” to the project, the letter says it is a safety hazard as it is located in “a tsunami and earthquake-prone region.”

“It is also in violation of the mandatory requirement for construction of fresh water reservoirs which are essential in case of a nuclear accident. This is significant, because fresh water is the only remedy in the event of a nuclear emergency. The primary cause for all major accidents such as at Three Mile Island, Chernobyl and Fukushima was lack of fresh water,” it says.

It demands that all reports, reviews and information related to the nuclear plant be “made transparent and accessible to the public.”

The signatories say that they “fully appreciate” India’s energy needs but argue that security considerations cannot be brushed aside. “We implore that alternative measures be investigated and invested in, rather than resorting to nuclear power plants in ecologically unsound circumstances,” they say.

1 Response to U.K. MPS SAY KUDANKULAM IS DANGEROUS AS IT IS IN A TSUNAMI AND EARTH QUAKE PRONE AREA

Home » U.K. MPS SAY KUDANKULAM IS DANGEROUS AS IT IS IN A TSUNAMI AND EARTH QUAKE PRONE AREA