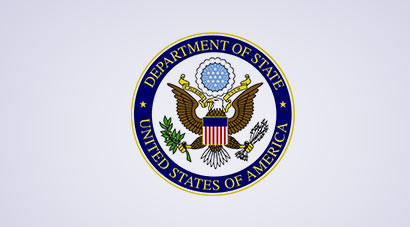 The U.S. State Department on Thursday announced that it would be awarding $500,000 each for two projects in Sri Lanka, one for increasing support and safety for journalists and a second for facilitating reconciliation on the island.

Eligible awardees would be restricted to a U.S. non-profit organisation meeting the provisions described in Internal Revenue Code Section 26 USC 501(c) (3) or a comparable organisation headquartered internationally, or an international organisation, according to the list of compulsory criteria outlined by the State Department.

The awards gain significance as they come shortly ahead of this month’s United Nations Human Rights Council resolution on Sri Lanka, which is sponsored by the U.S. and will call on the government of President Mahinda Rajapaksa in Colombo to implement the recommendations of the Lessons Learned and Reconciliation Commission (LLRC).

Anticipating that it would award grants in the third quarter of FY 2013, the Bureau of Democracy, Human Rights, and Labour (DRL) emphasised that it “will not consider proposals that reflect any type of support, for any member, affiliate, or representative of a designated terrorist organisation, whether or not elected members of government.”

In its announcement, the State Department said DRL “announces a Request for Proposals from organisations interested in submitting proposals for projects that promote democracy, human rights, and rule of law in Sri Lanka.”

Regarding the award for the first project, the State Department noted that DRL’s goal was to strengthen the capacity of independent media in the area of investigative journalism and increase safety and support for journalists in Sri Lanka.

It added that it would likely select proposals that would increase the capacity of independent media to effectively investigate and report in a “restrictive environment;” provide digital and physical security training to journalists, bloggers and other media professionals, including those who work in post-conflict areas and cover issues such as reconciliation, accountability within a rule of law framework and democratic governance; and establish a mechanism that offers legal support and advocacy for media professionals facing “legal challenges.”

The Department further said proposals that it would consider competitive would focus on journalists working in English as well as Tamil and Sinhala media outlets, and that they would ideally include journalists from all parts of the country “rather than focusing just on Colombo.”

For the second award, on promoting reconciliation, the State Department said DRL’s goal would be to “facilitate cooperation across religious and ethnic lines to advance reconciliation so that all citizens of Sri Lanka can live with each other in peace.” With an emphasis on “cross-community communication and programming,” DRL would give priority to proposals seeking to create opportunities for religious and ethnic groups to come together to promote reconciliation incorporating LLRC recommendations at the community level.

Additionally, projects would be required to identify community leaders, including youth and women, to facilitate and advance the reconciliation process, DRL said, and peace-building and dialogue activities, or other mechanisms to foster inter-communal collaboration would be considered when they focused on implementing “concrete actions to build inter-community trust” in clearly identified “pilot communities.”

Hinting at careful filtering of potential applicants, DRL said awardees would have to possess “demonstrated experience administering successful and preferably similar projects,” and where it was determined that such previous experience is lacking, limited funding on a pilot basis may be given instead. Particular attention would also be given to awardees having the capacity to develop, “active partnerships with in-country entities and relevant stakeholders,” DRL said. (Courtesy: The Hindu)