Udayanga would return on my request: MR 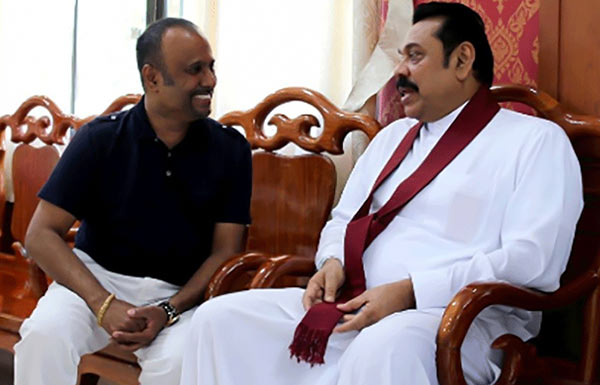 Former Sri Lankan Ambassador to Russia Udayanga Weeratunga, who the government has named as a fugitive, would return to Sri Lanka in a month on my request, Ex-President Mahinda Rajapaksa said yesterday.

He expressed these views to the media after taking part in religious observances at the Kataragama Kiri Vehera.

Former President Rajapaksa had requested Weeratunga to return to the country as the court has issued an arrest warrant on him over his alleged involvement in the purchase of MiG fighter jets some time back.

“Although the INTERPOL had issued a ‘Red Warrant’ on him, it has failed to get Weeratunga sent back to Sri Lanka to face justice. Therefore, I am helping the Government in this regard,” Rajapaksa told the media.

Meanwhile, he charged the Government was attempting to tarnish the name of former Defense Secretary Gotabaya Rajapaksa, fearing that he would come forward to contest the forthcoming presidential election.

He further said the government’s patronage was revolving in most of the underworld activities taking place today.

2 Responses to Udayanga would return on my request: MR

Home » Udayanga would return on my request: MR