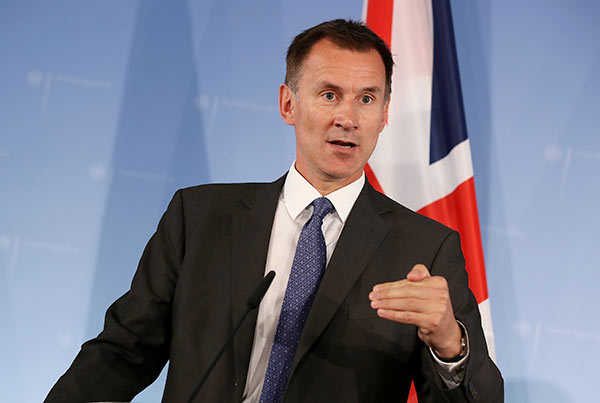 Britain has sent a team of counter-terrorism police to Sri Lanka after the deadly bombing attacks that killed at least 359 people, including eight Britons, on Easter Sunday.

UK Foreign Secretary Jeremy Hunt said family liaison officers had been sent to Sri Lanka to support and assist the families of British victims and help with repatriation of their bodies.

“The attack was complex, tightly co-ordinated and designed to cause maximum chaos, damage and heartbreak,” Mr Hunt told MPs in the House of Commons on Tuesday.

“The UK will never stand by in the face of such evil, so today we stand in solidarity with the government and people of Sri Lanka, who have been making enormous strides towards stability and peace after the conclusion of the civil war almost 10 years ago.”

Mr Hunt spoke with Tilak Marapana, the Sri Lankan Minister of Foreign Affairs, on Monday evening to offer his condolences and the UK’s assistance with the investigation.

After eight explosions ripped through hotels and churches across the country, an improvised pipe bomb found on Sunday evening was destroyed by security services at Colombo airport.

Mr Hunt said that the device was probably meant to harm fleeing civilians.

British Prime Minister Theresa May spoke to Sri Lankan leader Ranil Wickremesinghe earlier on Tuesday. Mrs May stressed the UK’s solidarity with the people of the South Asian nation.

“The leaders discussed the strong connection between the UK and Sri Lanka, and the need to stand together in the fight against terrorism,” a Downing Street spokesman said.

“Prime Minister Wickremesinghe expressed his gratitude for the UK’s support.”

The UK Foreign Secretary stated that the attacks were a ‘primitive and vile’ attempt to sow division between people of different faiths.

Mr Hunt spoke of religious persecution, referring to the Christchurch mosque attacks during Friday Prayer on March 15, where 50 people died and 50 were wounded.

“We must respond by bringing people together – the exact opposite of what was intended by the perpetrators,” he said.

“To attack Christian worshippers at Easter, which is a celebration of peace and the holiest day in the Christian calendar, betrays in the attackers an absence of the most basic values of humanity,” he added.

In response to such acts, we must redouble our efforts to protect the freedom of religious minorities to practise their faiths, wherever they are, the foreign secretary said.

He said the British Government will continue to give their wholehearted support to the people of Sri Lanka.