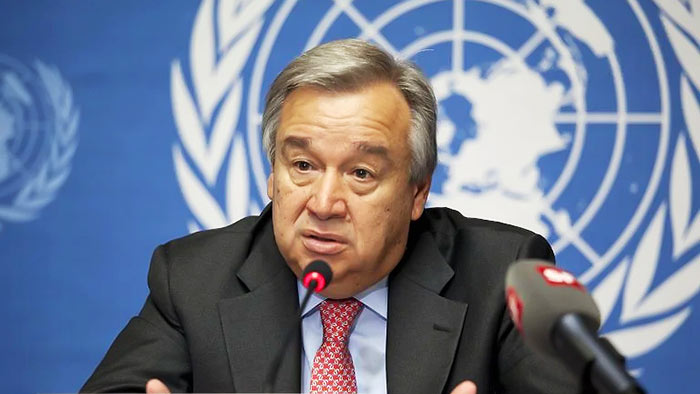 United Nations Secretary-General Antonio Guterres is following the situation in Sri Lanka very closely and has urged all party leaders to “embrace the spirit of compromise” for a peaceful and democratic transition.

The comments by Mr. Guterres came as embattled Sri Lankan President Gotabaya Rajapaksa on July 14 fled to the Maldives on a military jet, hours before he was supposed to step down in the face of a public revolt against him and his family for mishandling the economy that has bankrupted the country.

“I continue to follow the situation in Sri Lanka very closely. It is important that the root causes of the conflict and protestors’ grievances are addressed. I urge all party leaders to embrace the spirit of compromise for a peaceful and democratic transition,” Mr. Guterres said in a tweet on Wednesday.

President Rajapaksa had informed both Speaker of Parliament Mahinda Yapa Abeywardena and Prime Minister Ranil Wickremesinghe that he will resign on July 13, days after protesters stormed his official residence in rage over the island nation’s worst economic crisis. He is yet to submit his resignation.

Amidst growing anti-government protests, Sri Lanka’s political parties have stepped up efforts to form an all-party government and subsequently elect a new President on July 20 to prevent the bankrupt nation from sliding further into anarchy.