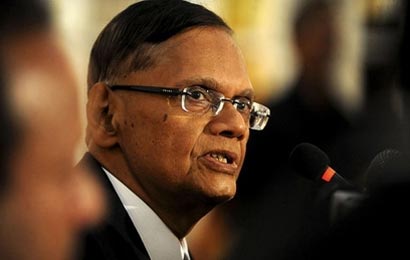 UNITED NATIONS (AFP) – The United Nations hurtled toward a high-profile confrontation with the Sri Lankan government over international action on alleged war crimes during a military offensive against Tamil separatists.

Rejecting a Sri Lankan demand to keep a report by a panel of experts secret, the United Nations on Friday said the report would soon be published in full without changes, and accompanied by recommendations on the next steps to be taken.

The United Nations said it was in talks with Sri Lankan authorities on an offer to add their comments to the report into the alleged deaths of tens of thousands of people when government forces launched a final offensive against Tamil separatists in 2009.

Diplomats noted, however, that Sri Lanka had sought the help of international allies to try and get the recommendations of UN Secretary-General Ban Ki-moon suppressed.

“With Russia and China already trying to intimidate him (Ban), other Security Council members and countries attached to the idea of justice should come to his support,” said Human Rights Watch’s UN director Philippe Bolopion.

“It remains our intention to publish the report of the panel of experts on Sri Lanka in full and without amendment,” said deputy UN spokesman Farhan Haq.

Ban returns to New York from a trip to Europe on Saturday and the report could be released on Monday, according to diplomats.

“The secretary-general believes that the panel has done a good and conscientious job and that the results of the report will speak for themselves,” Haq said, noting Ban would have recommendations on how to proceed.

“The publication of this report will cause irreparable damage to the reconciliation efforts of Sri Lanka. It will damage the UN system too,” Peiris said in Colombo.

According to parts of the report leaked to the Sri Lankan media, the UN panel recommends an inquiry into “credible allegations” of war crimes and crimes against humanity by the government and the separatist Tamil Tiger rebels.

The United Nations has said the leaked parts are accurate but incomplete.

It says “tens of thousands” of people died between January and May 2009 in the final government offensive that crushed the separatist Liberation Tigers of Tamil Eelam, ending a decades-old conflict.

The Sri Lankan government has said no civilians were killed during the offensive. President Mahinda Rajapakse has called on supporters to turn this year’s May Day rally into a demonstration against any UN investigation.

The UN spokesman said the report had played a key role in fulfilling part of an agreement on accountability reached when Ban traveled to Sri Lanka in 2009.

“After giving some time for the government of Sri Lanka to pursue the issue of accountability on its own, the secretary-general believed last year that he needed to form an independent panel to look at the issues of accountability,” said Haq, insisting the United Nations acted “in good faith” with Sri Lanka.

“This is a very serious issue and it is very important that this report comes out.”

“The government’s aggressive efforts to suppress the report and deny any wrongdoing only confirm that justice won’t come from a domestic process,” said Human Rights Watch’s Bolopion.

“Ban has done the right thing by creating the advisory panel and announcing that he would make its report public. He should now follow up his panel’s advice by creating an international commission of inquiry.”

1 Response to UN heads for rights confrontation with Sri Lanka